Native apps were created for mobile devices and can be installed into these devices through mobile application stores such as Apple’s app store and Google Play. Native apps are able to incorporate your device’s features into its functioning. This may include your camera, list of contacts, GPS, etc. This mobile application needs to use a certain kind of programming language for that specific mobile operating system. Native apps are beneficial for performance reasons as well as security.

These apps provide a high level of performance as they are interactive and give good data protection for your mobile device. There are many developmental tools available that contribute to its success, such as Xcode which was developed by Apple. As they function independently, native apps perform at their best when operating on a device that it was made for. There are also web apps, which require access through a browser. After reading this article, you will know what native apps are, their benefits, how they work, and how web apps may differ from them. 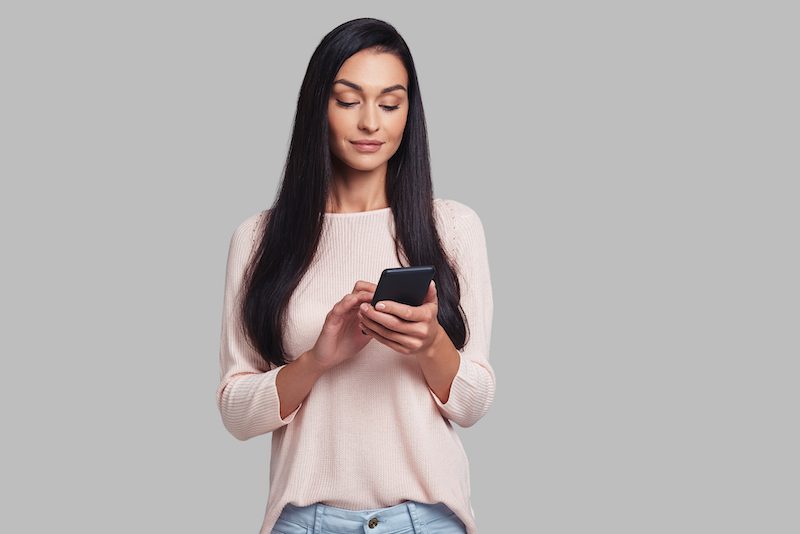 Apps: What Are They?

In today’s world, most people own a smartphone and are on it more than they would like to admit. What they are looking at is their social media apps and others that they use to complete their tasks on a daily basis. An app, which is short for application, is a kind of software program that can be found within smartphones, computers, or any handheld tablets.

The purpose of apps can be to help you complete a task, such as paying off your credit card, while others may simply be for entertainment purposes. This software allows you to be able to do anything from watching your favorite YouTube videos to making spreadsheets with Google. Applications are available for smartphones, tablets, computers, and even some televisions known as smart TVs. There are millions of different apps that are available for free and also for purchase within Apple’s app store as well as the Android app store.

There are three main types of applications which include web-based apps, native apps, and hybrid apps. Hybrid applications are somewhat a combination of the other genres, as these include features of both. These apps are useful for both independent platforms as well as web browser apps. Although hybrid apps are similar to web apps, they are different in many ways. For example, hybrid apps are able to join with your mobile device’s system and work efficiently offline. When developing a hybrid app, you are able to use the same code whether it is on an iOS or Android device. This makes it easier for you to build your business and reach more potential customers. When it comes to native mobile apps,

A native application is able to operate without an internet connection. You can also install it through the app store of your mobile device. Unlike web apps, native apps are developed for a platform and can have access to your device’s GPS for accuracy. These apps can send notifications and alerts to your device as well, making it convenient for its users allowing them to see things without having to even open the app. Some apps come already installed on your mobile device, but most require downloading.

Native apps have the ability to incorporate and utilize the features within your device, such as your camera and GPS. This is possible because native apps by nature work specifically with your device. Since native mobile apps operate based off of a device’s operating system, it is able to deliver its features faster. Native apps need to use a certain programming language to function properly, which is based on what mobile device is being used and what the app’s functions consist of.

Some well-known examples of native applications include Twitter and Waze. Cost is important to analyze before developing, considering that native apps need coding and an up-to-date programming language to run properly. Both Google and Apple offer development tools to make it easier to build an app for your business. Native apps can be good for security reasons as well as performance and maintenance. 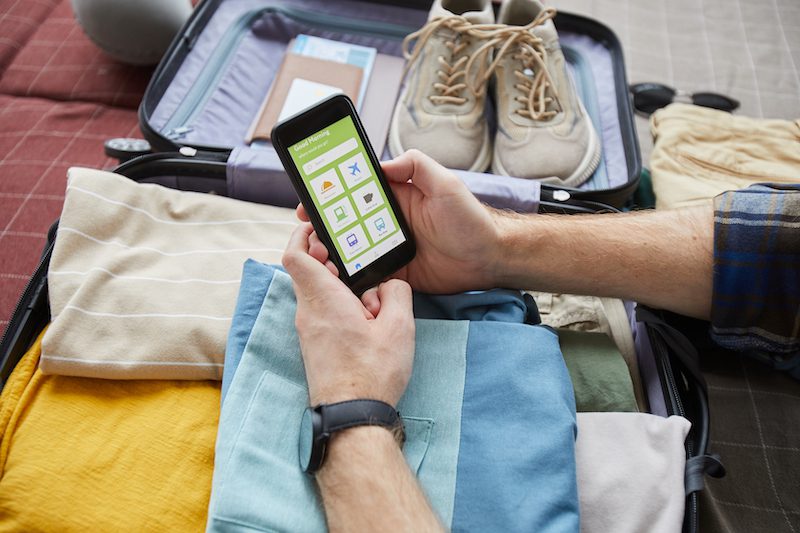 There is a seemingly endless amount of benefits of native apps for mobile device users. It offers convenience as it organizes the platforms you use every day, such as your email and social media platforms. Applications are helpful when trying to locate the things and places around you. For instance, say you are trying to find bagel shops near you. You may go to your Google Maps application for help. This can show you all the places that sell bagels within a certain distance of your exact location. Apps help businesses in more ways than one, as they can help increase productivity for companies and can be cost-effective. It can also extend a business’s reach and help employees outside of their office. For these reasons, native applications on mobile devices can be helpful when it comes to any business’s search engine optimization (SEO).

With the creation of the smartphone over a decade ago, apps have become increasingly popular thanks to their convenience. In the world of marketing, advertisers have taken apps as the main source in their industries. This type of digital marketing has helped generate profits for thousands of businesses, as advertising on apps has become valuable in many industries and even has helped create successful ones.

Mobile advertising has never been easier with applications. Now, you can advertise through any mobile device. It has quickly become the most popular form of advertising, as it even has surpassed television advertising. This is because people spend the most time on their cellular devices, making it possible to reach more users. Since native apps work purposefully and independently on a specific platform, they tend to be more efficient when it comes to speed, quality, and functionality. Although this process may be costly due to coding and hiring developers, it is worth it as it will help your business flourish. 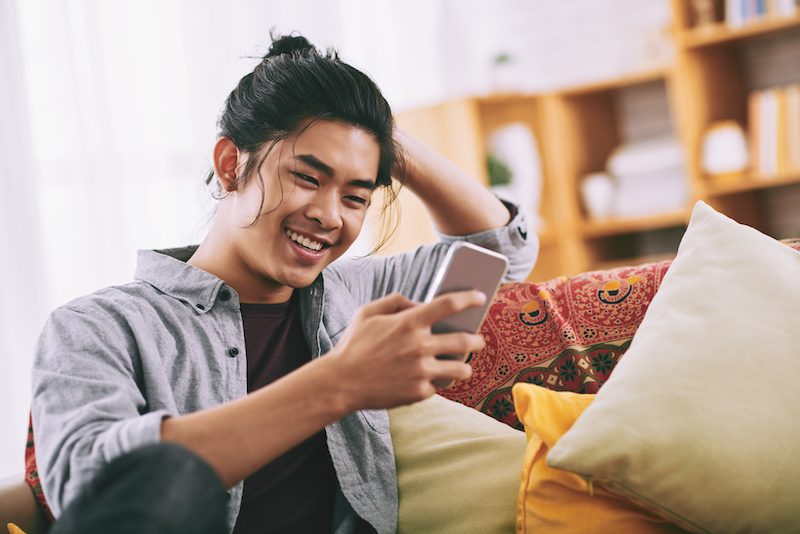 Native applications are available on smartphones, as these features are created with a specific code. iOS smartphones use Objective C, which is a type of programming language. There are several different versions of this that Apple has continued to use ever since its creation. On the other hand, Android’s operating system uses Java as its programming language. Java is effective for tablets, phones, consoles for gaming, etc.

Native apps work best when the operating system on the device is up to date and is able to work well with the app itself. For instance, when iOS device users experienced their Facebook app becoming slower, Facebook decided to develop an independent new code for the app. To develop a native app for your business, first, you should think about what programming language to use and how much it will cost. If you desire to build an app for each type of device, you will need different codes for each. This is because the iOS code is different from the Android code framework. SEO Design Chicago provides professional and personal guidance, as they offer application development services for anyone who may need it. 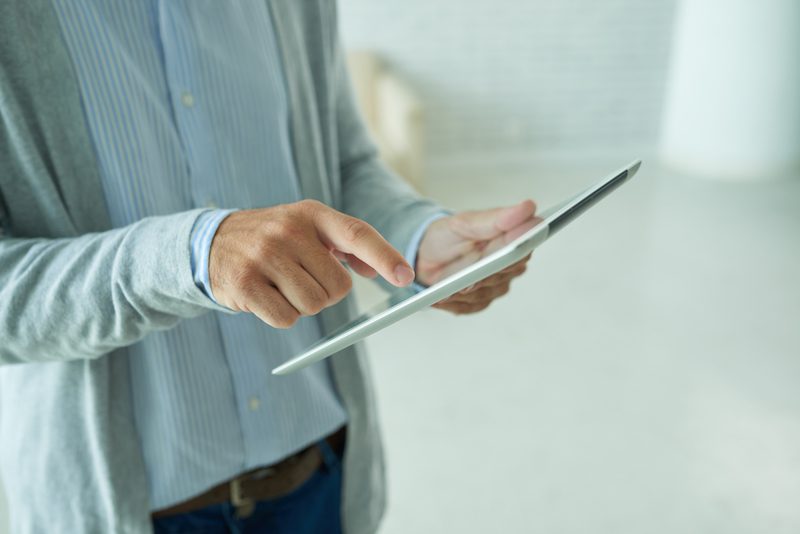 Website applications are extremely important for completing tasks on your computer. Unlike native apps, web apps are unable to utilize a device’s hardware and software. This is simply because web apps work the same for multiple different systems. Website apps are in fact not actual applications. Instead, they are sites that can mimic features of an app to help organize its platform. For this reason, you cannot download web apps from any app store.

These particular applications can be found the same way any website is, by searching its URL. Then you may see the option of installing the website’s app to make it easier and faster to access. For example, you want to watch a YouTube video which you do often, so you type in YouTube into your browser and click on the website. Towards the very top, it shows you the YouTube app you can install which will make this process much faster. These types of apps will require an internet connection, as wi-fi makes sure the app runs efficiently and loads properly.

How to Make an App

What is a Wireframe?