Whether you’re looking to hire an influencer or become one yourself, you might be wondering, how much do influencers charge per post? Advertisements from influencers have become a very popular way to promote brands on social media. But how much does it cost to get an influencer to post about your product? Well that depends on how much influence your influencer has. In this article, we’ll cover everything that affects the cost of hiring an influencer as well as the different types of influencers there are. 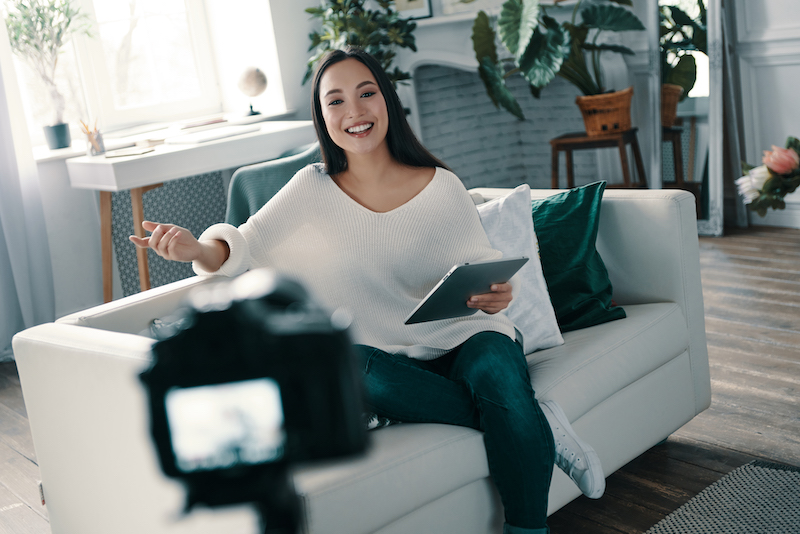 How Much Do Influencers Make?

To discuss how much influencers make, we first need to discuss what an influencer is and how they make money. Influencers are social media users who have, well, influence. They have the ability to affect people’s buying decisions through their large social media following. Many influencers have a lot of knowledge on a particular industry that their social media is centered around. Similarly, many of the brands they promote will also be a part of that same industry.

For example, a makeup company might partner with a beauty influencer or an athlete might promote an energy drink. Followers might be more likely to buy from a company if the influencer promoting it works in the same industry or has some sort of expertise. Because of their following, companies will pay influencers to promote their product through posts on social media. These posts are often accompanied by “#ad” so users don’t mistake the promotion for a genuine review.

On Instagram, influencers can make anywhere from $10 to $1 million per post depending on how many followers they have. Influencers are grouped into tiers based on how many followers they have. The more followers you have, the more money you can charge per post. Those in the lowest tier are called nano influencers. They typically have between 1,000 and 10,000 followers. Since this is the lowest tier, it’s not quite as profitable as the other tiers. People in this tier usually make between $10 to $100 a post. 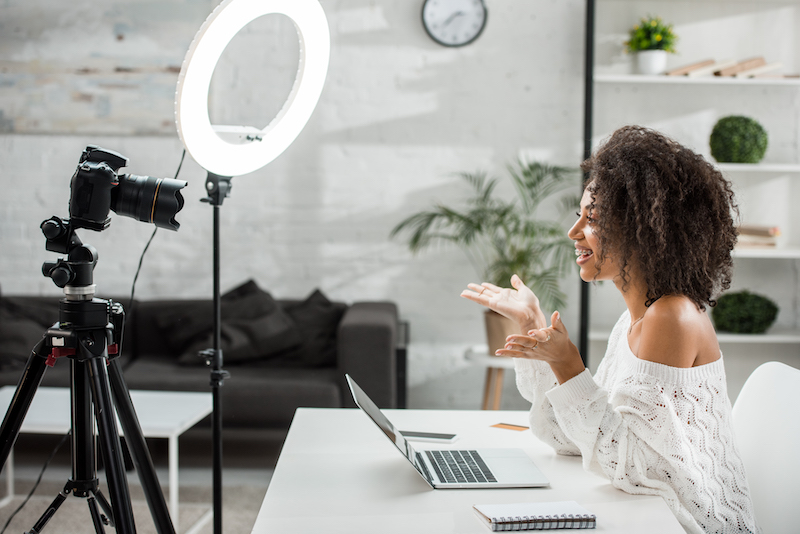 On YouTube, prices usually start at $20 for nano influencers but can go up to as much as $200 per video promotion. Mid-tier influencers on YouTube typically charge between $1,000 to $10,000. On the higher end, mega influencers can charge over $20,000 per post. While this range is very different from the prices for promotions on Instagram, the medium is different as well as the time and effort that goes into creating a post. Often, YouTube influencers will insert their paid promotions into other videos that are unrelated to the product and are typical for their platform. For example, a beauty influencer on YouTube may include a brief promotion for a brand within a video of them doing their makeup. Others may go as far to post entire videos related to the brand sponsoring them, but this is less common.

TikTok is an increasingly popular website for influencer based marketing. This platform is especially great for marketing towards younger demographics since many of its users are under 25. On TikTok, Nano influencers can charge between $5 and $25. Mid tier TikTok influencers can make $125 to $1,000 for a post, while mega influencers typically cost over $2,500 for a post.

The price of a post can also vary based on what type of post it is, even within the same platform. Some industries may invest more into their social media marketing than others. Fashion or wellness brands may pay more for influencers to post their products. Additionally, temporary posts to Instagram stories (which are only viewable for 24 hours) may not be as profitable as permanent posts to a user’s profile. 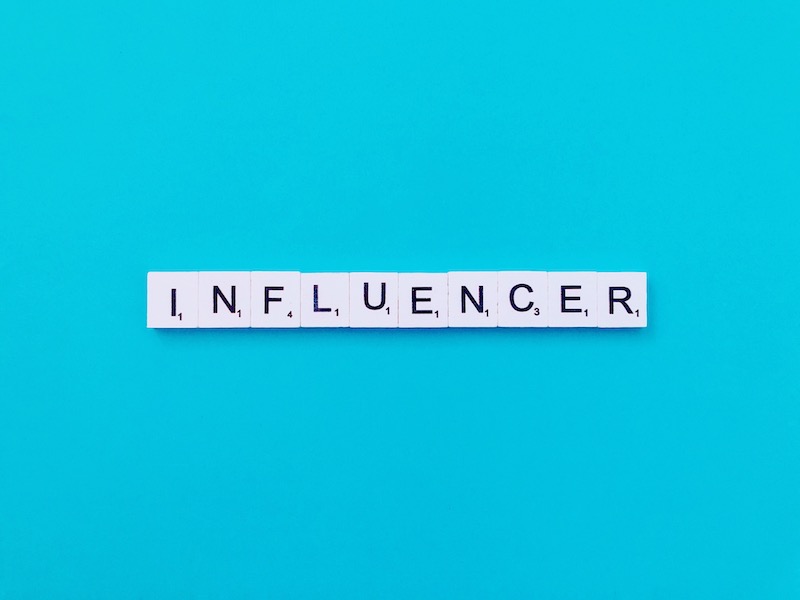 In addition to social media posts, influencers can use their large following to make money in a variety of ways. Some platforms like YouTube or TikTok pay large influencers directly. This can be a great incentive for influencers to continue to use these websites. However, these usually mean very little money for smaller content creators.

Influencers can also partner with brands for affiliate programs. Affiliate programs allow influencers to be paid based on the amount of customers they convince to shop with a certain company. This is tracked by counting the number of customers who click the influencer’s link to the website or use a specific discount code. The discount code is unique for the influencer and often provides them with a percentage from the sale while the customer receives a discount. Sometimes, companies even pay influencers to “take over” their social media account. Usually lasting only a day, an influencer will post to social media from a company’s account in order to bring attention to the brand. Some influencers may partner with companies to promote specific products through “giveaways” that entice followers to share posts in order to win a free version of the product.

Influencers with over 1 million followers are called mega influencers. Since this tier often includes celebrities, they can charge a great deal of money for a paid promotion. For example, soccer player Cristian Ronaldo is one of the most expensive influencers on Instagram right now. Understanding the specific tiers of influencers allows you to assess how much reach they have and ultimately how useful they could be for your social media campaign. 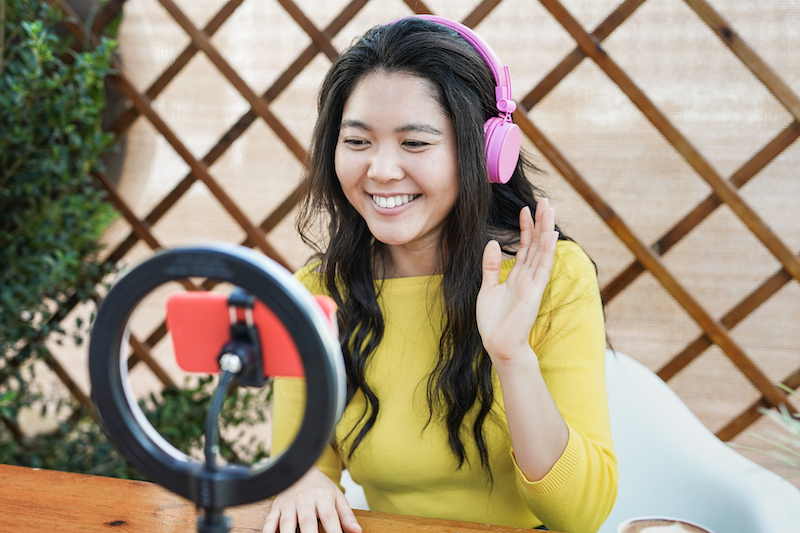 The Importance of Nano Influencers

Nano Influencers are within the lowest tier of influencers. These include influencers with more than 1,000 followers but less than 10,000. While they may not have as much influence as those with more followers, they can still be useful for social media marketing. They can even be the most cost-effective way to market on social media if you’re not looking to spend a lot of money on a mega influencer.

Additionally, their followers may be more likely to trust the brands they promote since they have so few followers. Their branded posts will seem more intimate and genuine compared to those of mega influencers or celebrities. The term nano influencer is actually a more recent addition to the tiers of influencers. It filled the niche to describe influencers who may be just beginning their career or influencers within smaller online communities.

Costs of Influencer Based Marketing

Marketers and influencers alike should be informed on what affects the price of a paid promotion. How much influencers charge per post depends on the type of post, platform, and industry. So, one social media post from an influencer can range anywhere from $10 to 1 million dollars. The most important factor in determining cost however is where they fall within the different influencer tiers. Since an influencer’s tier is based on their number of followers, nano influencers can expect to make under $100 per post while mega influencers could make over 1 million dollars.

How to Change Your Background in Your Instagram Story