We see billboards all the time. Whether we’re on a long road trip or we’re chugging along through the bumper to bumper traffic to and from work, billboards are constant companions. But how effective are they truly? After all, we see them nearly every day, but what do we really remember? With the advent of the internet and its growing place in our daily lives, marketers know that there may be better places to advertise than an out-of-home (OOH) billboard. So, is it better to advertise on a billboard or go the digital route? Here, we’ll cover the pros and cons of both traditional and digital billboard marketing. 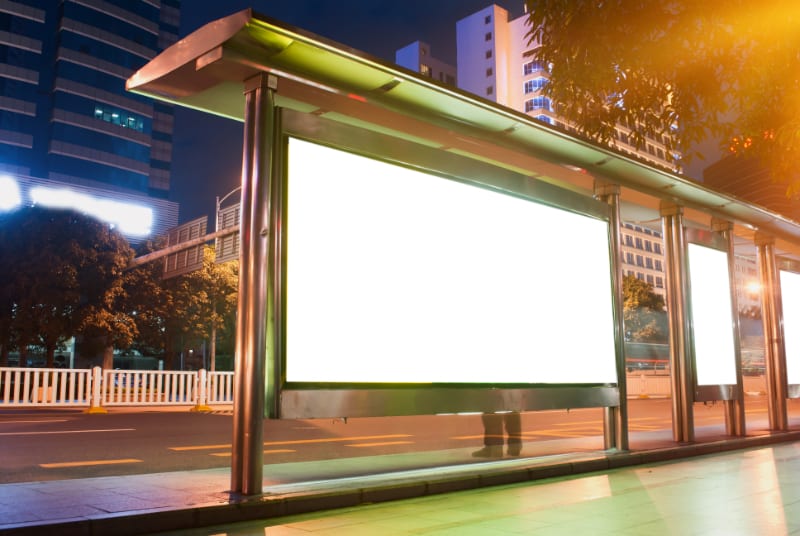 Billboards are typically located in places along highways and cities so that they get the most visibility possible. While it’s nearly impossible to track impressions on a billboard ad, they’re still popular because they get a high number of views due to their locations.

Now, onto digital marketing. Digital marketing, unlike OOH marketing, is an all-encompassing term for any marketing effort that uses an electronic device or the internet. Businesses and brands utilize digital channels like social media, search engines, email, and more to connect with consumers.

When deciding which route is right for you, there are many factors to consider, like cost. However, the answer is rarely as simple as choosing one over the other. For many businesses, the best option is to do a bit of everything. That’s partially because billboards are extremely useful for getting people to go out and learn more about your brand.

The cost of billboard advertising varies a lot depending on several factors. Prices will vary based on location, total traffic in the area, and the estimated amount of people who will see your billboard. For example, a billboard on a rural highway could cost around $300. However, putting your billboard up in Times Square could cost you around $25,000. 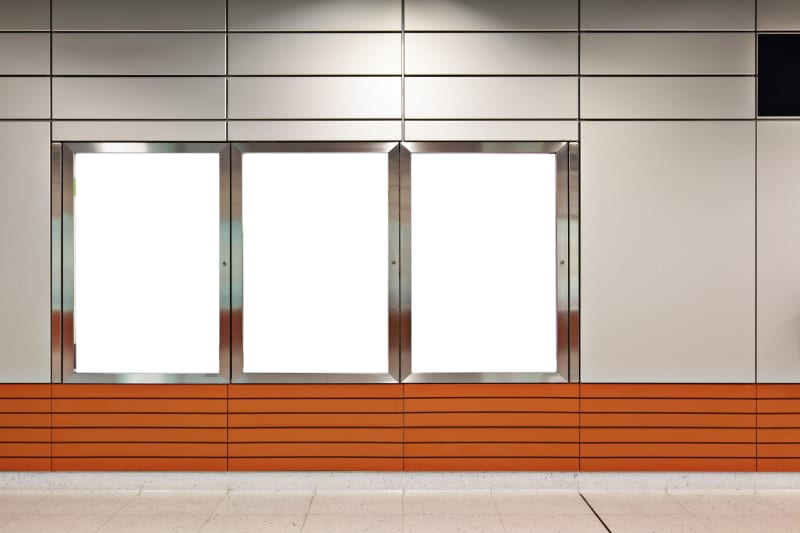 It’s hard to track exactly how many people have seen your billboard, which makes asking if billboard advertising works a bit of a tricky question. However, we’ll do our best to break it down.

Luckily, the simple answer is yes, mostly. While getting analytics on your billboard isn’t easy, there have been studies over the years that attempt to quantify how effective a billboard advertisement is. According to one study, 71% of people asked reported looking at the messages on roadside billboards, while nearly 40% of people said they look at a billboard each time they pass it, even if they’ve seen it before.

It’s no secret that we live in an increasingly digital world and that a lot of us look at our phones more than what’s around us. Yet, billboards still prove to be effective.

To that point, some billboards are more effective than others. Billboards that do something creative, such as playing with shadows over the course of the day to show different images, get more traction than bland billboards that may just show a static image.

According to a Study, Billboard Viewers Used a Billboard to:

Unlike other forms of marketing and advertising, billboards have a unique advantage. Billboards reach most people when they’re traveling. And they use that to their advantage.

Since you’ll likely see a billboard while on the road, billboard advertisements can be more specific to an area or something you’ll need soon. For example, say you’re on a road trip, and you need to use the bathroom, but you’re also getting hungry. You look up and see a billboard for a fast-food restaurant. The billboard tells you what exit to take and what’s offered.

By providing easy, actionable information, a billboard can be more effective than other forms of advertising. In this case, you’ve not only paused where you were going; you bought something too. Billboards have the power to make people make immediate or short term decisions. 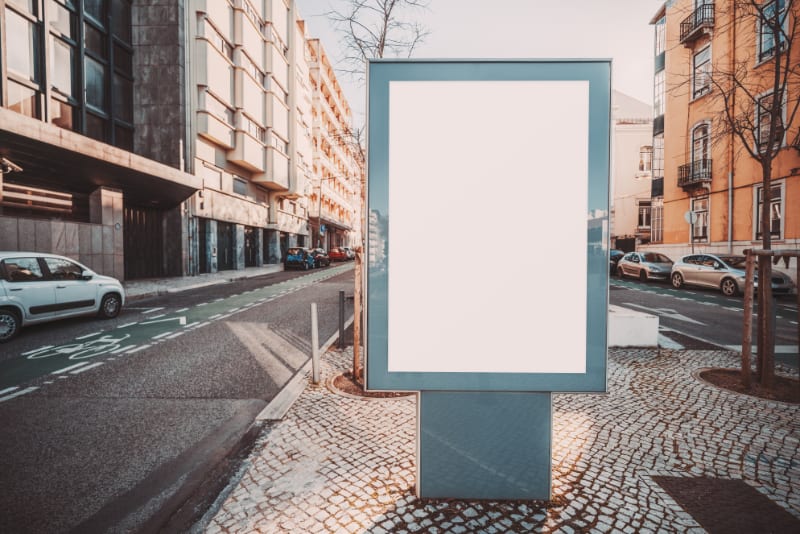 Digital billboards are the product of our increasingly digital world and proven traditional methods. So, what is a digital billboard? It’s basically what it sounds like. It’s a billboard with a digital screen.

A digital billboard is capable of showing multiple images and videos, whether it’s for one advertisement or many. In fact, they’ve become so popular, the digital out of home market is rising year over year.

Digital billboards are capable of hsoting multiple different marketing messages, meaning that people see your ad one-sixth of the amount of time. However, you can usually pick and plan when your ad will show up. So, for example, if you own a bar and restaurant and want to advertise happy hour, you wouldn’t advertise to morning commuters. But, you would advertise to those people as they get off work.

Digital billboards are more flexible than traditional billboards because there’s no actual paper. That means that changing an ad is easy. You’ll also save money by not having to print your ads. And, if something needs to be changed, it’s easy because the source material is also digital, meaning you won’t have to start from scratch completely.

Since it’s easy to change information with a digital billboard, you can get a lot more focused and targeted. For example, if you’re an airline wanting to advertise in multiple cities, you can have the same image across each billboard but tailor the language to each specific location.

While there are many pros to a digital billboard over a traditional billboard, there are still some cons, though not as many.

Most people who see billboards, digital or otherwise, are traveling, many on the highway. That means that a billboard needs a quick, memorable message. You need to get your point or product across quickly. Furthermore, since it’s in the real world, there’s no way to save the picture in case you want to look at it later.

Competition with Other Ads

Another con to a digital billboard is that it’s often grouped in with several other advertisements. Instead of continually showing your ad, it’s one of three, meaning that you’re reaching fewer people. 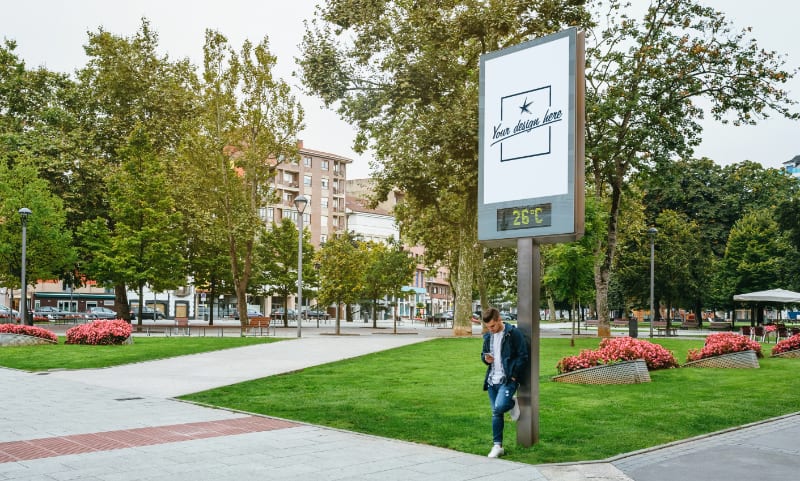 Why You’d Want to Use a Billboard

As we’ve discussed, billboards and other OOH advertisements can be extremely effective. They often reach people when they’re traveling and therefore not on their phones quite as much. They can quickly get a message across, be informational, and affect your habits directly.

So, let’s look at some other benefits of billboards.

While the production and print costs of a billboard can be substantial, the price is typically offset by the lower cost of long-term bookings, even in higher traffic areas. With billboards, there is no cost per click, either.

Billboards are a trusted form of advertising with a wide reach. They’re good for getting people to look up the brand or company online and interact with them there.

Since billboards are stationary and stay in the same place for a while, they’re great at consistently getting across your brand’s identity. The more people see the same messaging, the more they feel like they know your brand.

You have no shortage of advertising avenues in our modern world. And make no mistake, social media is a juggernaut with no signs of slowing down. That said, nothing beats a well-made billboard.

When it comes to comparing billboards to digital marketing, the waters are slightly murky. A digital billboard is a bit of both, after all. In reality, they’re two arms to a larger whole.

Billboards are perfect for reaching a massive audience without doing a lot of work. They have the power to influence people’s behaviors, whether it’s making a pit stop for the bathroom and a burger or convincing you that you do need that happy hour drink.

However, they can’t do all the work alone. While billboards can be memorable, they’re also both stationary and brief. That’s where digital marketing comes in. Digital marketing allows you to travel with your audience. You can easily reach them on social media or through Google searches.

That said, at the end of the day, both have value, and neither is better than the other. Instead, because they offer different things, they work quite well together. 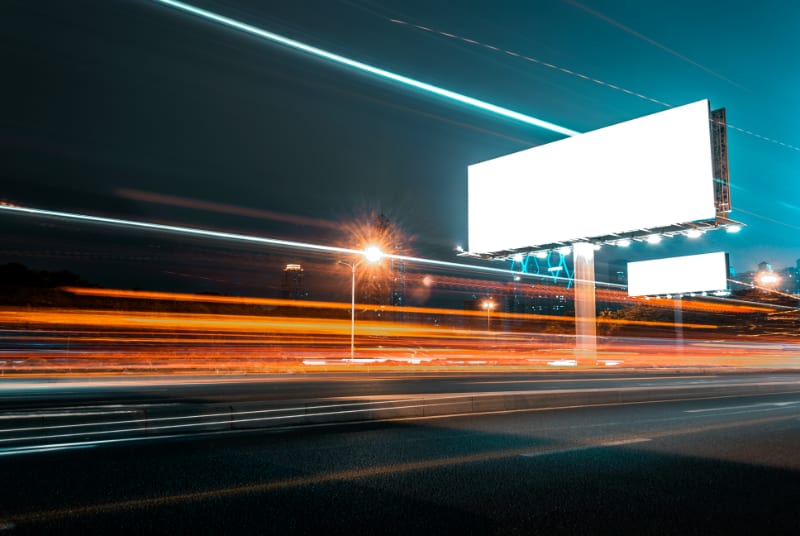