Whether you’re writing an essay, blog post, or just an email, understanding authorial voice can give you greater control over your writing. There are two types of voices in writing, active and passive. In one, the subject receives an action. In the other, the subject is doing an action. Here we will discuss the difference between these two voices, when to use each, and how they affect the tone of your writing. Finally, we’ll discuss how easy it is to write in a passive voice. 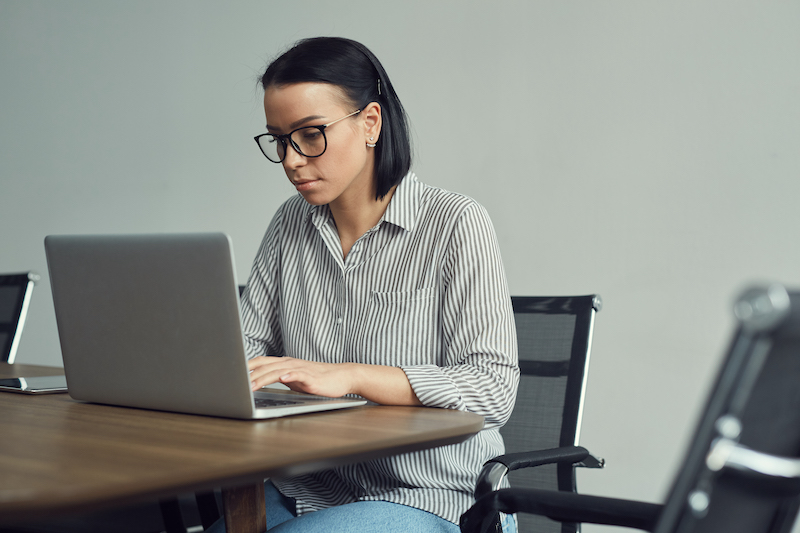 What Is Passive Voice?

In writing, a passive voice is a type of grammatical voice in which the subject is acted upon. When writing in a passive voice, the subject receives an action, but does not actually act itself. For example, in the sentence “the food was eaten by the dog,” food is the subject. The food doesn’t actually do anything, but instead is acted upon by the dog. While the dog is the performer of the action, it isn’t the subject. One of the many benefits of passive voice is that it places emphasis on the receiver of an action. This is different from a sentence using an active voice. In active voice, the subject and the performer of an action are typically the same, which is why it is called “active voice.” The subject is taking an active role in the sentence by performing the action.

While passive sentences often feature the performer of an action, they don’t have to. Using the same sentence from earlier, we can remove the prepositional phrase “by the dog” entirely. Now the sentence is “the food was eaten.” While this sentence is very simple and not particularly interesting, it emphasizes the food by making it the subject, rather than the dog. Placing emphasis on the receiver of an action creates a different tone. For example, if you were to say “the job was finished” as opposed to “I finished the job.” The passive voice here places a lot more weight on the job by making it the subject. Usually, sentences using passive voice feature forms of “to be”, like is, was, were, or will be. These are called State of Being verbs since they describe the state of a subject rather than an action.

What Is Active Voice? 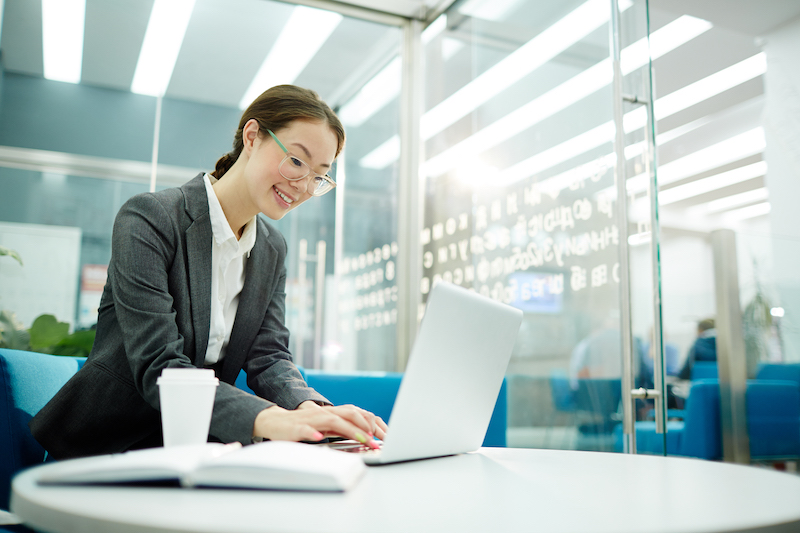 Now that you know the difference between active vs passive voice, it’s important to learn when to use each. Even though passive voice is often discouraged, neither one is the “correct” way to write. Each type of voice has its own purpose and implications.

When to Use Passive Voice

It’s best to use passive voice when you want to emphasize the noun being acted on. Passive voice places the object as the subject, usually at the front of the center, making it the most important part of the sentence. For example, saying “my vase was broken” highlights the importance of the vase by making it the subject. It removes the need to even think about the performer of the action. Because of this, passive voice is especially common in professional writing because it downplays the doers.

Academic papers might want to focus on their content more than the person writing. It’s very common to find passive voice writing in scientific journals. Scientists usually want to discuss their research without mentioning themselves. “The test tube was monitored” sounds a lot more professional than “I monitored the test tube.” Similarly, if you don’t know your subject, writing in a passive voice might be easier. If a co-worker steals your lunch from the fridge, it might make more sense to say “my lunch was stolen” rather than “someone stole my lunch.” A passive voice is also helpful when you don’t want to assign blame in a sentence, like “mistakes were made.” Since that sentence doesn’t name the person responsible, it takes away some of the blame.

For that same reason, writing in a passive voice is useful when speaking generally, like in the sentence “food is made to be eaten.” Again, there isn’t a right or wrong option when it comes to grammatical voice, but one might be more useful. 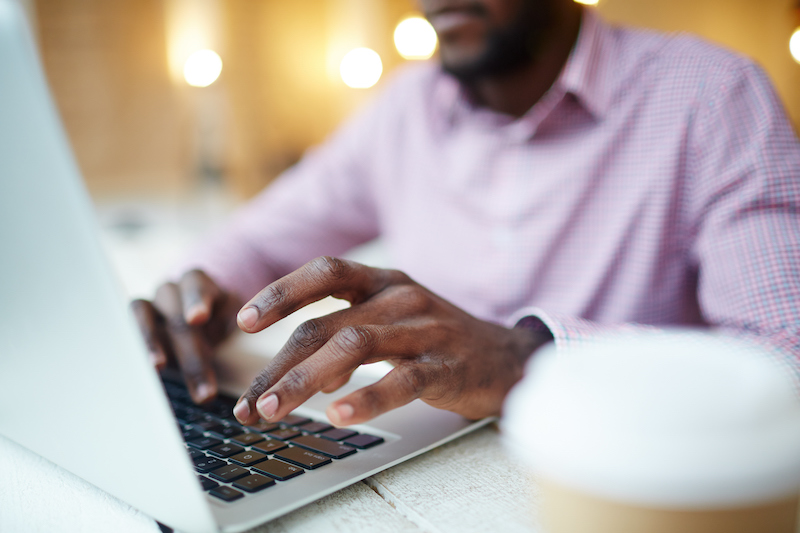 When to Use Active Voice

An active voice is typically the best option when you want to convey something clearly and directly. For example, “I wrote this paper” gets to the point a lot faster than “The paper was written by me.” Sometimes, passive voice is just too lengthy or confusing. Writing in an active voice also creates the sense that you know what you’re talking about. Short, easy-to-understand sentences imply that the writer is knowledgeable enough to communicate an idea easily.

Most writing will use an active voice. Emails, blog posts, news articles, and more will typically benefit from using a strong, active tone. These formats require that the author sound direct and confident in their argument. An active voice is especially important in SEO. In most cases, writing needs to be clear and concise. An active voice is usually expected in formal writing, with the exception of the examples mentioned earlier. Of course, you can always choose to write in a passive voice regardless of what is expected. Be warned, however, that it may make your writing wordier or more confusing.

If you want to write in a passive voice, but aren’t sure how, start by taking simple sentences and rewording them. For example, let’s start with “The boy kicked the ball.” Take the object of the action (in this case the ball) and make it the subject. Now you should be left with “The ball was kicked by the boy.” Typically, writing in a passive voice involves a prepositional phrase. This way, readers will still know who performed the action even if the performer isn’t the subject.

Obviously, not all passive sentences will be this simple. Longer sentences can be written in a passive voice. Again, passive voice sentences often use some form of “to be.” For example, “The car is being driven by someone without a license.” This sentence is a little more realistic than the earlier examples, but you can still see the same pattern. The receiver of an action (driving) is made the subject, using a form of “to be.” It is then followed by a prepositional phrase that explains who was driving. A prepositional phrase is a phrase that includes a preposition and an object. A preposition expresses how something relates to something else in the sentence. In the previous example, it shows who is driving. Other common prepositions include above, in, on, and with.

Even though there are times to avoid using passive voice, it can be a helpful tool to convey certain meanings or even just add sentence variety. Knowing what voice you want to write in is a necessary part of good writing. There are even programs online that analyze your writing for passive and active voice. 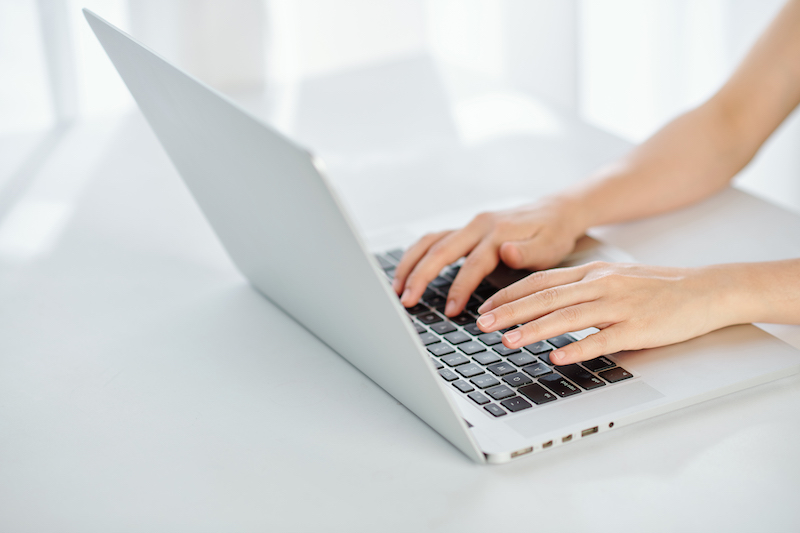 Using a Passive Voice in Writing

Knowing the difference between passive and active voice can save you from lengthy, unruly sentences. It can also help you shift the focus of your sentence from the person performing an action, to the object receiving it. In a sentence using passive voice, the receiver of an action is the subject. In other words, the sentence focuses on something that is being acted upon. A sentence using an active voice does the opposite. It is more straightforward and concise, using the performer of the action as a subject.

An active voice allows you to be clear and direct by explaining an action exactly how it happened. These sentences are usually shorter since they won’t require a prepositional phrase or other, lengthy ways of explaining who actually performed an action. They also leave less room for confusion, since the subject is always going to be the person performing the action. This way, there will be less confusion over who did what. Sentences using an active voice also tell readers that you are confident, and have a level of mastery of both your subject and language. They can easily take away meaning when sentences are straight to the point.