Many of us turn to Google to search for practically any sort of information that we are looking for. Whether we are looking for weather and news updates, conducting research for work or school, or are curious about a certain topic, search engines like Google are a go-to source for millions when it comes to find reliable information. One of the most common ways Google is used is to find definitions. Whether you’re looking up a word you’re unfamiliar with in your language or trying to translate it into another, Google has allowed us to enhance the accessibility and scope of our knowledge through its definitions and translation features. However, you may have wondered where exactly Google gets its definitions from. You may also wonder if Google’s definitions source is reliable in the first place. Today, we’ll dive into this subject. 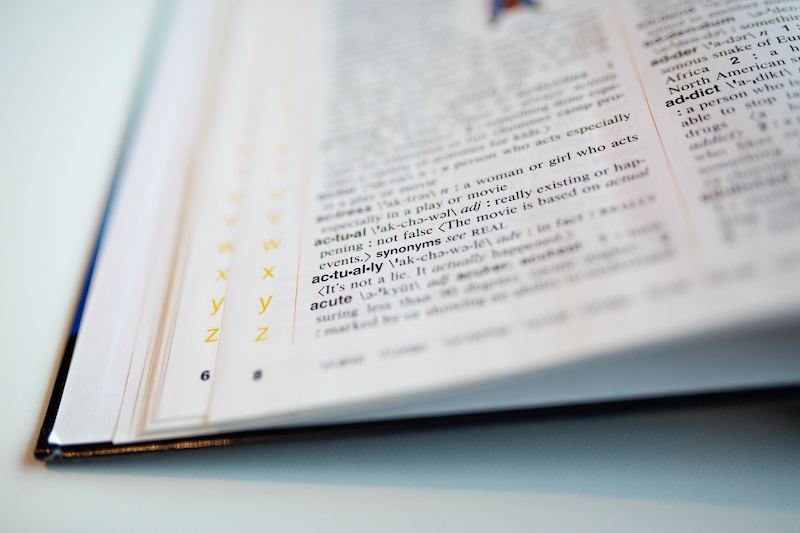 A Brief History of Google Dictionary and Google’s Definition Source

Google Dictionary is a source that began as a free online service that Google launched in December 2009. It launched in conjunction with Google Translate, which allowed users to translate words and phrases into different languages. Search engine users today can use Google dictionary either by using the “define” operator feature or by typing in phrases into the Google Search bar such as “_______ definition”. It can also be utilized via the Google Chrome extension. Initially, Google definitions came from the Collins COBUILD Advanced Learner’s English Dictionary for English, but that changed in August 2010. From then on, Google’s definitions source became Oxford American College Dictionary. Eventually, Google Dictionary was integrated into the Google Search feature and discontinued as a separate service in August 2011. In 2018, Google licensed dictionary data from Oxford Dictionaries in British/American English, Spanish, French and a variety of other languages. In addition, Google incorporated a “similar sounding words” feature to the English dictionary. This feature distinguishes between words like “pray” and “prey,” for example. The search engine later launched a vocabulary game called “Google Word Coach” that was made available to play in conjunction with dictionary searches. It would later be turned into a game for mobile devices.

The History of the Oxford English Dictionary

Oxford English Dictionary is the world’s leading dictionary, established over 150 years ago. It has been providing dictionaries around the globe in more than 50 languages since then. Work on the dictionary began in 1857 when the Philological Society of London called for there to be a new English Dictionary. They felt as though the English dictionaries of the time were incomplete and not efficient enough. This led them to call for a reexamination of the English language, specifically dating back from the Anglo-Saxon times onward. It was a tremendously long and extensive pursuit that none of them had anticipated when they first proposed the idea. Nevertheless, work on a new dictionary would begin in 1879 under the combined help of the Oxford University Press and James A H Muray. 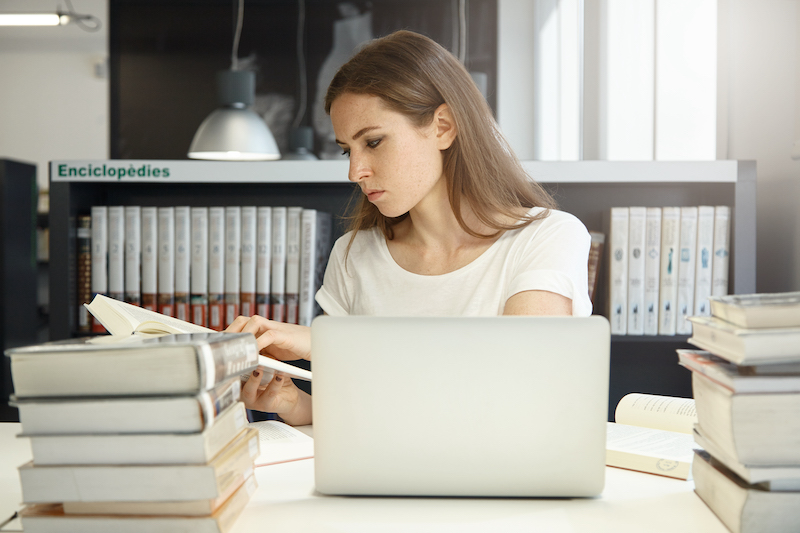 The dictionary that has become Google’s definitions source was planned to be a four-volume piece with over 6000 pages. It would combine vocabulary from the Early Middle English Period along with any words earlier than this that were still in use. The initial timeline of completion was ten years long but ended up taking far longer. The English language is complex and ever-changing and it was a challenge to keep up with. Murray and his associates needed to make sure that they kept up with the new words and meanings that emerged all the while making sure that they were producing accurate information on the words and phrases that dates centuries back,  As time went on, Murray gathered a much larger team. After many years of work, the dictionary began being published in fascicles by 1884, producing their final facile in 1928. The project was named A New English Dictionary on Historical Principles, contained over 400,000 words, and was ten volumes long. Unfortunately, Murray would die before seeing his work completed. However, this was not the end of the road for the dictionary. After all, it would need constant updating in order to stay current and relevant to users.

A supplement to the original dictionary was published in 1933. Then, the original dictionary would be reprinted in twelve volumes and given the long-standing title Oxford English Dictionary. It would be a while before any changes would be made. But in 1957, Robert Burchfield became to be the editor of a new supplement that would replace the original volume and include updated vocabulary from the twentieth century. Modern-day English language was heavily monitored, with scientific words were getting integrated into the text. In addition, words from different countries and regions such as the Caribbean and South Asia were being included. The new supplement was completed in 1970’s and would be published in four different volumes.

In the 1980s, arrangements were made to create an electronic medium for the dictionary. With thee arrangements, they wanted to ensure that verbiage was current and updated to modern language habits. Thus, the New Oxford English Dictionary Project was created in 1984. Their goal? To publish an integrated printed edition of the dictionary in 1989 and create a complete electronic text that would be the basis of future revisions and extensions. This was another daunting task. The project took over $13.5 million and five years of hard work. Pages of the olde edition had to be typed by 120 keyboards with over 50 proofreaders to ensure that everything was accurate. In this project, 5000 new words were added to the already 400,000+ definitions and 60 million words. 85% of the work was completed by software and 15% of the work was done by the editors. Fortunately, the work was completed on schedule in 1989 and filled up 22,000 pages in twenty volumes. 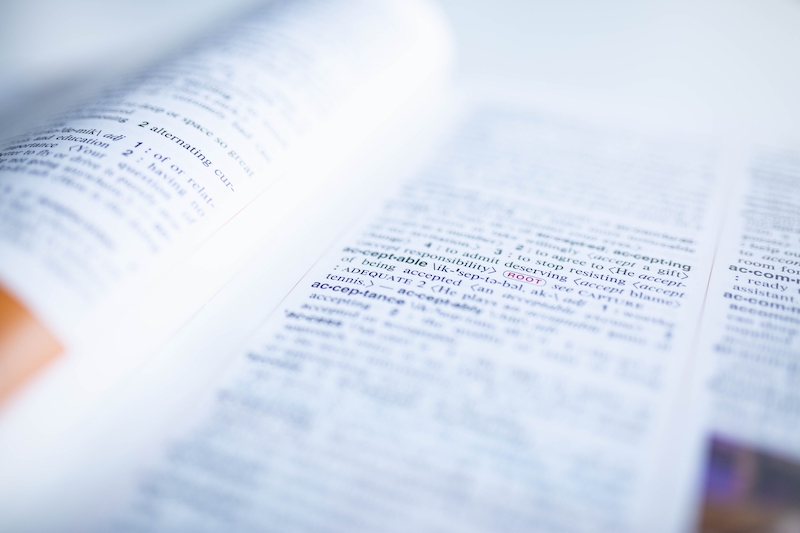 In 1992, plans to make the work electronically accessible came to fruition. The twenty-volume work was compiled into a CD-ROM. This was extremely helpful in revolutionizing the way that people went about searching information in the dictionary. In seconds, a person can find the definition they are looking for instead of flipping through pages upon pages of text. The increased accessibility intrigued individuals who were not a part of the scholarly community, opening up the doors to anyone interested in learning.

Currently, the Oxford English Dictionary is once again under revision while it is Google’s definitions source. It is now available fully electronically and of course accessible through Google Dictionary. Unlike before when revisions were added to the old editions of the text, a completely new version of the dictionary is in the works. About $55 million has gone into the funding of this revision. Yet, the Oxford University Press has not once profited off of the dictionary itself. Instead of monetary gain, its focus is on continuous research into the English language and distribution of this information for the public’s academic enrichment and enjoyment.

The dictionary utilizes an evidence-based approach to word collection called lexicography. The process attempts to define words as they are already in use in the modern-day world. They do not want to dictate how a word should be used. A team of lexicographers analyzes words and determines their definition, spelling, and grammatical uses. This is how the team uses this process to identify new words. They prioritize including example sentences that are timely, accurate, and free from any sort of prejudiced or offensive statements. They also encourage their users to provide feedback and commentary on their work in order for them to enhance it to be of optimal use. Additionally, the Oxford dictionary mentions that they do not omit slang language and regional dialects in their dictionaries. This is because they are committed to capturing real-life language usage in all of its forms. Furthermore, they also choose not to omit vulgar terms or offensive terms. They highlight that including these terms is simply meant to educate. It is is not a reflection of the values, morals, or standards of the Oxford dictionary itself. 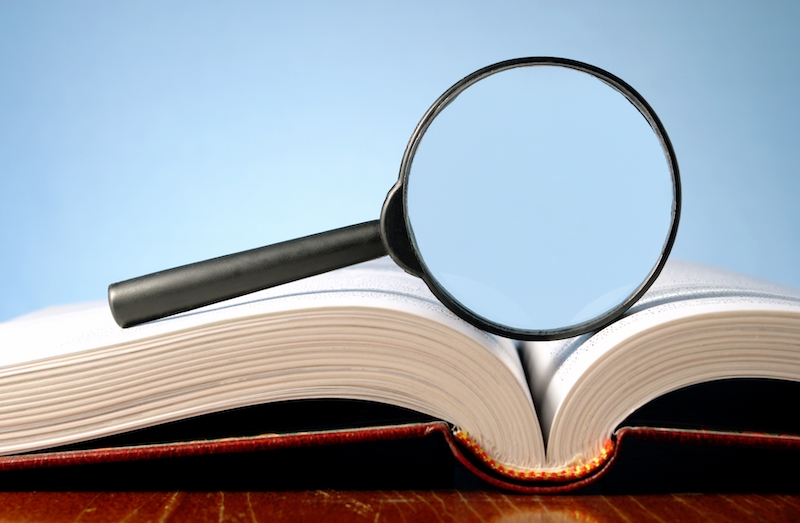 Due to its history and experience, the Oxford dictionary is regarded as being one the most reliable and authoritative sources on the English language. Its over century-long history of dedication to researching, editing, revision, and updating are evidence of the scholarly community’s love for language and their commitment to making it accessible on a global scale. Thus it makes sense that it became Google’s definitions source. Their commitment to incorporating language that is being used in the modern-day world makes them a very valuable resource for Google. After all, Google also has a commitment to providing its users with information that is up to date, factual, and an accurate representation of the world. Since Oxford’s focus is on not only revision and updates but on accessibility, it has been able to reach a global audience that can access definitions at a touch of a button.

Google MUM: Everything You Need to Know

How to Get Into the Google 3-Pack