Online user data privacy is constantly changing. For years, marketers and advertisers have relied on this data to create targeted ads to reach a specific audience. However, new privacy laws in the past few years have changed the ways that customer data can be used and stored. Apple’s Safari Intelligent Tracking Prevention webkit was created to protect against third-party cookies that can track users across the internet. This has presented some major challenges for marketers and advertising companies. In this article, we will learn about tracking prevention and the many updates it has seen through the years. We will also learn how this evolving situation will continue to affect marketers in the future.

What Is Intelligent Tracking Prevention (ITP)?

The ad-tech industry has previously relied on third-party data for targeting ads. This created an issue because users had no idea what was happening to their personal data. They did not know how their data was being used or who had access to it. As a response, new privacy laws have been created to protect users and their data. Intelligent Tracking Prevention (ITP) is a Webkit privacy feature released by Apple’s Safari browser in 2017. It was created as a way to provide user data tracking protection and to limit the ways that advertisers can track user activity across domains. It has gone through a number of updates since its release, in an attempt to keep up with evolving privacy threats. 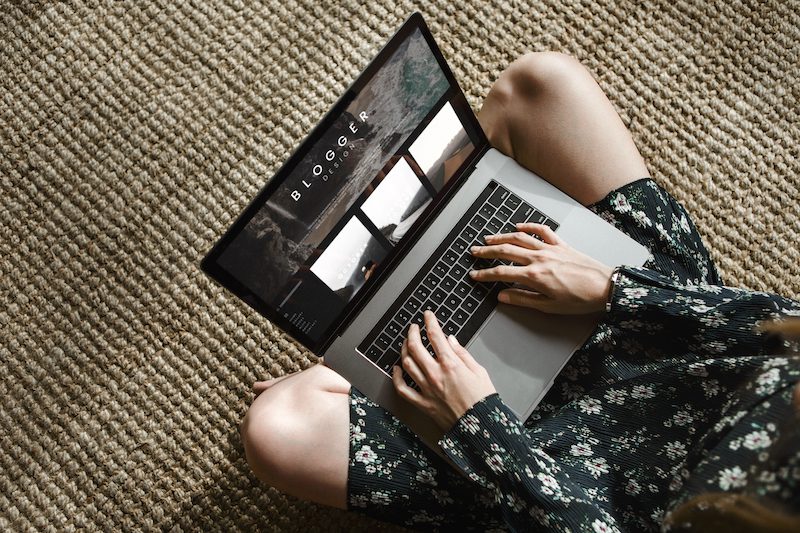 How Does Tracking Prevention Work?

Intelligent Tracking Prevention works by using machine-learning algorithms to identify and protect against third-party tracking cookies. After ITP classifies tracking cookies, it then works to make these cookies useless after a period of 24 hours and removes them after 30 days if the user doesn’t revisit the site. The program also works to reduce the lifespan of other types of browser storage, like first-party cookies and local storage. This has had a profound effect on ad-tech companies, publishers, and advertisers.

Many companies have reacted quickly to ITP and have tried to find ways to work around these new privacy protection features. For example, Google and Facebook found ways to constantly refresh their cookies. This would make it appear as if each visitor is new, allowing them to continue tracking their data. New versions of ITP have been released in response. These new versions have attempted to keep up with these changing threats to user data security. This technology will continue to evolve as companies try to find ways to keep tracking customer data with the use of third-party cookies.

Since the first version was released in 2017, Safari Intelligent Tracking Prevention has gone through many revisions. Each version has been met with resistance from ad-tech companies, who have often found ways to work around the rules. Six versions of ITP have been released over the past few years and the functionality has changed with each update.

When a user clicks on an ad, a first-party tracking cookie is created. If the user visits the site within 24 hours, that cookie can be used for retargeting. With the first version of Intelligent Tracking Prevention tracing cookies could be used, but only if the user visited the destination site within the 24-hour window. If they did not visit within 3 days, the tracker could not be used.

Released in 2018, Version 2.0 went even further and removed the 24-hour tracking window. This had a huge impact on affiliate marketing. The Storage Access API from the previous update was still active. However, this new update prevented companies from automatically tracking users. Instead, a pop-up would appear asking users to accept or refuse cookie storage.

This version of ITP was released just two months after Version 2.1! The 7-day window for client-side cookies was shortened to just 24 hours. This was done in an effort to prevent “workarounds” to the rules set in previous versions. Many companies were trying to use “link decoration,” where cookies were synced between different domains. This version specifically guarded against cross-site identification and link decorating.

The most current version of Safari Intelligent Tracking Prevention was released in September 2019. Since many ad companies had continued to find ways to work around the rules, privacy features were expanded even further. Ad-tech companies had been using a web browser’s local storage to store user data. In response, ITP 2.3 now requires that all non-cookie storage data expire in 7 days. This expiration date will be reset if the user visits a destination website in this 7-day window. 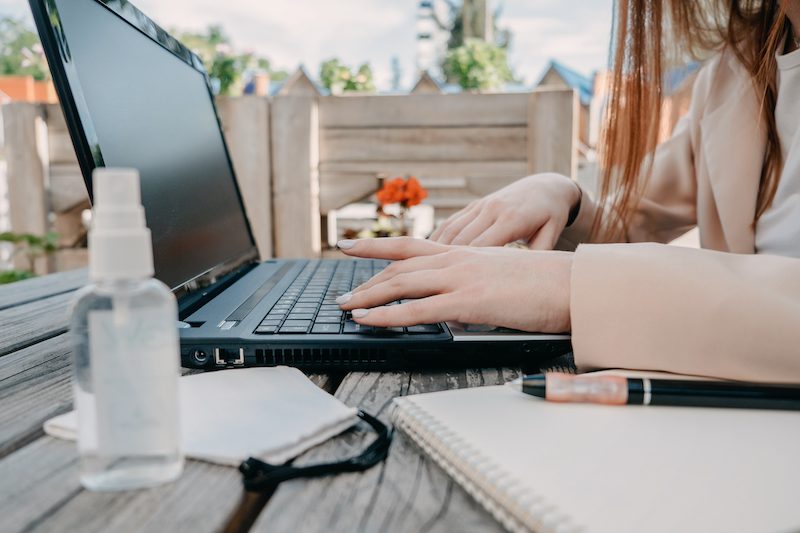 How Have Other Browsers Reacted to ITP?

In May 2019, Google announced that they would be adding their own version of tracking protection to their browser. However, they considered Safari’s approach to blocking cookies too blunt. They also claimed that this kind of tracking prevention was responsible for the creation of new, more invasive forms of tracking. Google’s strategy is to give users more control over their own data and online security. According to Google, their Privacy Sandbox initiative aims to help protect people’s privacy online, while giving developers the tools to “keep the web open and accessible to everyone.” Instead of allowing their browser to automatically block third-party cookies, Google informs users about the tracking cookies they use. They then give users the option to control or even block the cookies themselves.

Mozilla FireFox released their own version of Intelligent Tracking Prevention, called ETP (Enhanced Tracking Protection). Similar to Safari, their browser blocks third-party cookies by default. One unique feature of ETP is that it lets users know how many cookies have been blocked. However, it does not tell users who placed the cookies, what information is collected, or what it is used for. In early 2021, FireFox released Total Cookie Protection, a major privacy upgrade built into ETP Strict Mode. Total Cookie Protection works to confine cookies to the website where they were created. This works to keep companies from tracking users across the internet.

How Does Tracking Prevention Affect Marketers?

The biggest impact that ITP has had on marketers and advertisers is that it makes data tracking far less accurate. This can make it difficult to rely on data analytics when creating targeted ads. Although ITP began as a way to stop third-party tracking cookies, it has also posed some restrictions on first-party cookies. This can affect tools like Google Analytics, which is an invaluable resource for marketers. However, it is important to remember that ITP only applies to Safari users. While other browsers (like Google Chrome) are starting to implement greater user privacy controls, they are nowhere near as strict as Safari.

One of the best lessons that marketers and advertisers can learn from security measures like ITP is to come up with a different strategy for re-engaging with users. The new 7-day window means that you will need to find ways to bring potential customers back to your site even faster. Brainstorm some ways that you can incorporate valuable marketing touchpoints into your campaigns. This can help to keep users coming back and resetting the 7-day timeline. Another good thing to keep in mind is that you should be keeping track of changes to ITP (and other systems like it) and how they affect your analytics. Be sure to track your data before and after changes to see how it affects the information you gain from user visits. There will likely be an influx of “new” users because cookies will expire after 24 hours if they don’t revisit your site. 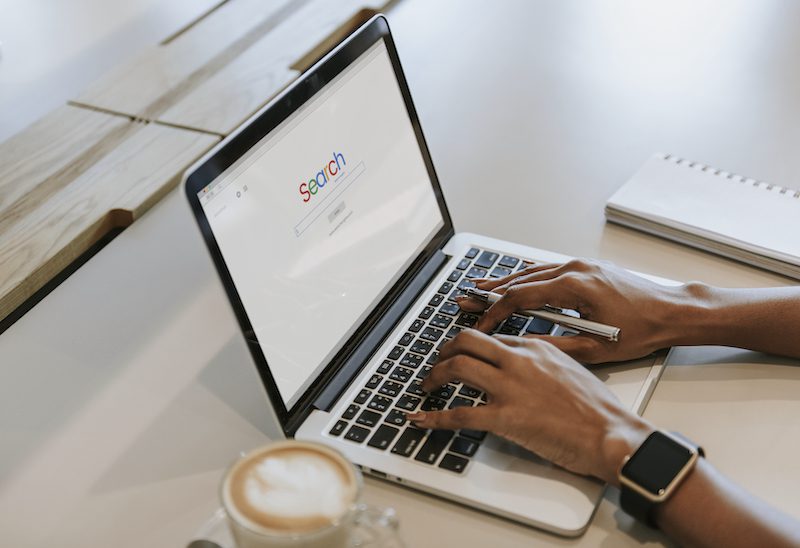 New security laws have had a profound effect on user data privacy. Safari Intelligent Tracking Prevention has made it easier to block third-party cookies from tracking users across the internet. This upgrade in online security has also had a big impact on marketers and advertisers. With changes to customer data analytics, it may be more difficult to create retargeting ads. Data analytics may also become more difficult to track. This may also mean adjusting your overall marketing strategy. If you’re unsure where to start, SEO Design Chicago can help. The experienced Digital Marketing Consulting team will work with you to create your most effective marketing plan!

How Schema Markups Can Improve Your Web Pages

Difference Between Organic and Paid Traffic

What is Native Advertising?

Can You Pay People to Write Reviews on Google?