The field of computer science has exploded over the last 20 years. It has become one of the premier industries both in the present day and for the foreseeable future.

In fact, according to the Bureau of Labor Statistics, the computer and information technology field is expected to grow by 13% between 2016 and 2026. This rate is significantly faster than the average growth rate for all other occupations.

The demand for jobs within this field is undeniable and these skills are something that both universities and potential employers love to see on a resume. If you are wondering whether or not computer programming for kids is worth it, we are here to tell you that the demand for the skill isn’t going away anytime soon. The value of being taught these skills at a young age is truly incredible.

First, What is Programming?

Before we dive into the benefits of learning to code, let’s first get a little background knowledge on the world of programming. Programming is essentially how you get computers to solve problems. A computer only does what you tell it to do and the only way to be able to tell a computer what to do is through programming.

There are hundreds of different programming languages used every day and each has different strengths or weaknesses. These strengths and weaknesses largely depend on the task you hope to accomplish with the particular language. It is common for professional programmers to know the ins and outs of a few different coding languages, but to be proficient in only one or two. Programming is truly the reason why technology has come such a long way in such a short amount of time. Teaching kids to code so that they have it as a skill in your back pocket can prove to have immense value. 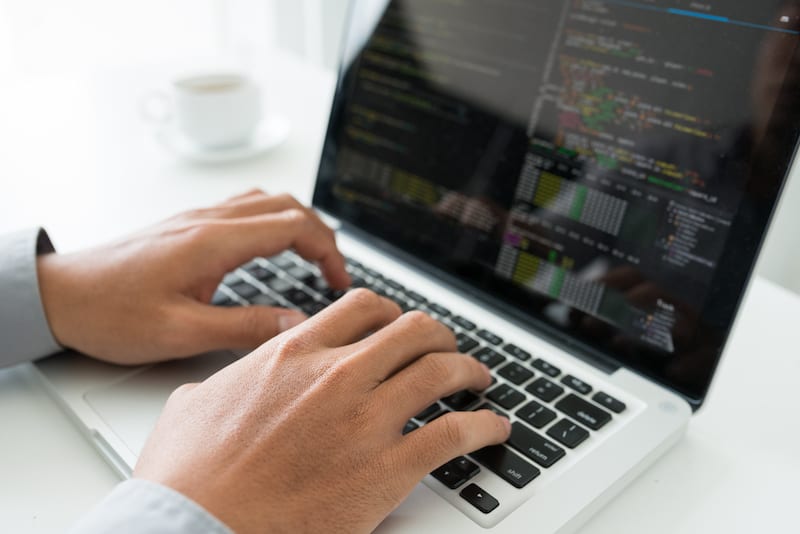 What are the Benefits of Kids Learning to Code?

Kids and coding might not be two words you think of in the same sentence. However, having the ability to code, even if you aren’t necessarily looking for a job, is an incredibly valuable skill given the current landscape of information technology within the business. Almost every company in the world uses programming to improve some aspect of their day-to-day operations. This could be automation, machine learning, or software development, among other things. But why is computer programming so valuable for kids? Here are just three of the reasons.

Due to the fact that coding is in such high demand, companies are both willing and expecting to shell out a significant amount of money for quality programmers. The Bureau of Labor Statistics offers information on the median salaries for programming and coding careers. Take a look at the median salaries of a few of the top-earning careers within the industry.

Given that the average salary for all occupations in 2019 was $39,810, careers within this industry have significantly higher pay than many others. 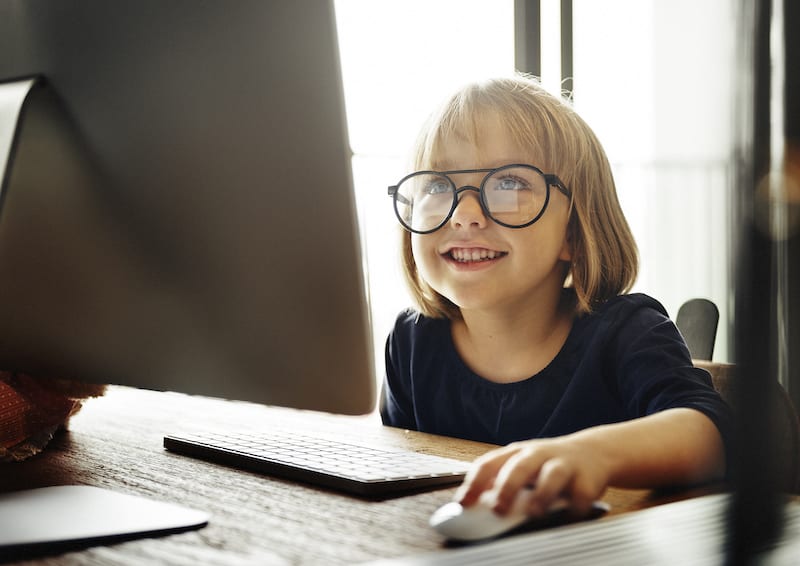 Computer Programming for Kids Teaches Them How to Think

Learning how to code is one of the most stimulating and beneficial tasks a young child can go through in their early education. The reason for this is that learning to code actually teaches children how to think logically. Despite what you might think, computer programming isn’t just entering in lines and lines of brainless code in hopes of making a computer do something that you want. The average programmer will have to use logical thinking to solve problems that they will encounter on a daily basis. They see a large problem and break it down into smaller pieces in hopes of solving it in the best way possible.

Children learning how to code can be treated in a similar fashion. Although young children won’t be able to work with professional code right off the bat, they can be taught the problem-solving skills of programmers. This involves taking an overarching idea or problem and using their creativity to solve it in the best way possible. If the first solution doesn’t prove effective, then you continue to try one until you are satisfied with the results. Coding helps to develop these inherent problem-solving skills and logical thinking. These skills are undeniably beneficial for any child’s education, regardless of their future career aspirations.

As touched on before, just having the ability to code is an incredibly valuable skill amongst both employers and universities. Even if someone is not looking to get into programming specifically, this knowledge is incredibly useful. Due to the incredible spike in automation, software development, machine learning, and web development over the past 20 years, the value of being able to code is truly undeniable.

Any time you are able to include that you know how to code on a resume, it jumps out at the reader. This is because almost every major company, organization, and university uses coding on a daily basis to improve their day-to-day operations.

Think about it like this. Even if you are applying for a nontechnical job, odds are, you will be working with someone that does. Thus, being able to code can become an excellent reference point and give you a better understanding of what more technical programmers are actually doing. Teaching your kids coding gives them an excellent head start on their future careers. 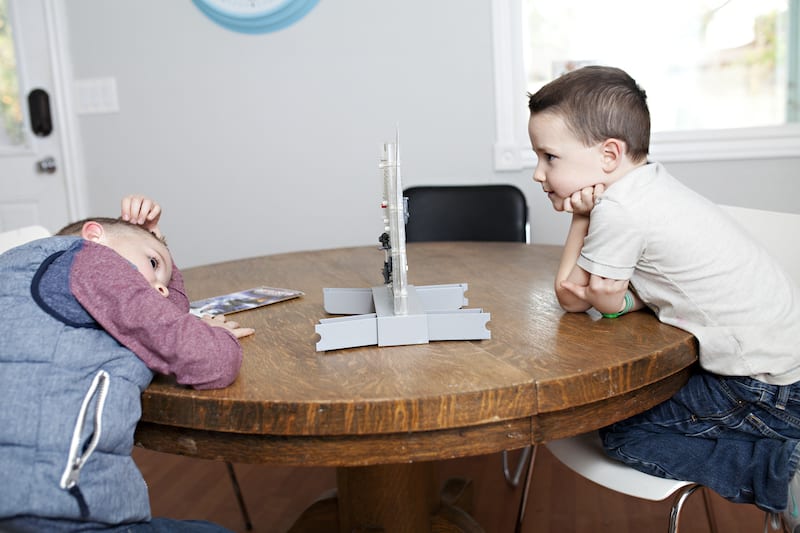 How Do I Actually Teach My Kids How To Code?

Now that you understand the benefits of learning to code, the question becomes how do I go about teaching these skills to a child? There are a few teaching methods that have proven to be effective for teaching computer programming for kids everywhere. By the end of this, you’ll be the best programming teacher your child will ever have!

Surprisingly, teaching computer programming for kids doesn’t even require a computer right off the bat. The most important aspects of programming are logic and problem-solving. Teaching these skills can be done with some average household items. One of the most effective ways that parents have been teaching their kids programming is through card games.

One specific game only requires a deck of cards and some action figures or toys. You probably have both of those items lying around the house already. The easy version of the game is typically used by parents with children ages 4-9. It involves creating a maze out of toys and using the cards to give “coding instructions” such as “move forward three spaces” or “move backward one space” to get the player from start to finish. The point is to give the child a basic understanding of problem-solving algorithms. If your child would rather sit and watch TV instead of playing the game, giving them a little reward might help motivate them towards playing.

Most kids nowadays are so glued to their screens that they don’t even know what is going on in the world around them. You can try and try to keep them off of their devices but the reality is that sometimes you can’t fully take it away. If they are going to be on their screens anyway, you might as well make sure they are doing something beneficial right? The great thing about this truth is that millions of parents feel the exact same way. Consequently, there are thousands of amazing coding applications out there. The cool thing is that a lot of these coding applications are dressed as games so your child probably won’t even know that they are learning! 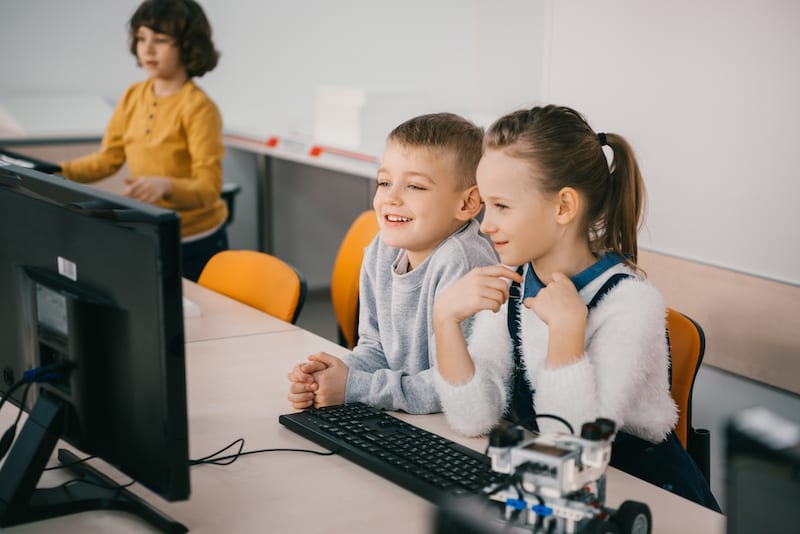 Coding Worksheets Are Great, Too

Give your kids something to do when they’re at home that is fun, education, and most importantly, time-consuming. There are thousands of free computer programming worksheets for kids available on the Internet. They can help to reinforce some basic coding concepts such as algorithms, sequencing, and loops, among others. Your kids will be learning and out of your hair again in no time!

Give Your Kids the Head Start They Deserve

Kids and coding have one thing in common: they are the future. As more and more companies begin to use programming to improve almost every aspect of both their day-to-day and long-term operations, the demand for coding is only going up. Teaching your kids these skills will give them a head start for their future careers. And who knows, maybe teaching your children coding will help motivate you to improve upon your skills as well!

FAQs about Computer Programming for Kids:

XML Sitemaps: Everything You Need to Know

Should I Try to Improve My Domain Authority?

When is a One Page Website a Good Business Idea?