Django vs Flask: which is better? Both Django and Flask are both python web frameworks. This means that both programs are used to write code for the language python. This code is then translated to form various web applications, websites, and everything in between. In this article, we will discuss the differences between Django vs Flask, and which one will work better for you. 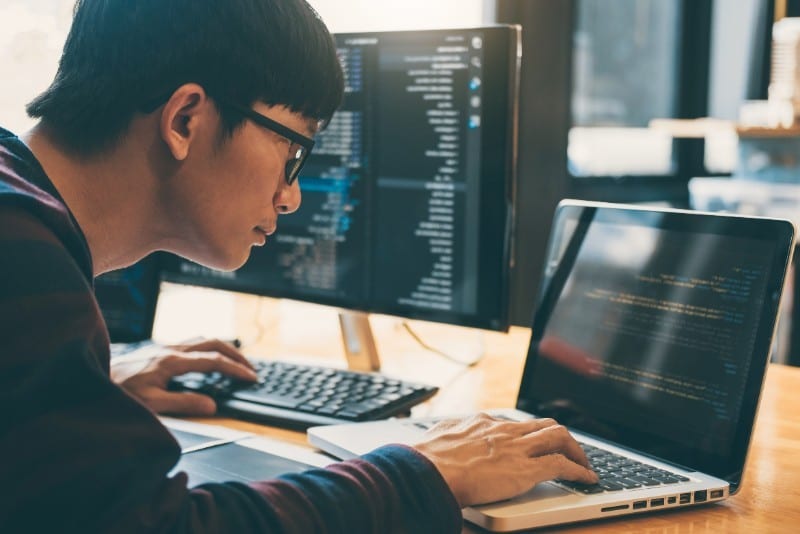 Before we go into the differences between Django vs Flask, we first need to go over what python is. That’s because both of these web frameworks are used for python. Python is a special kind of programming language, and can be used for a variety of things, such as artificial intelligence or web design. It is a very versatile programming language. It is also one of the easier programming languages to learn and to use.

Django and Flask are both web frameworks within python. This means that they provide the structure for web development. They help to streamline the web development process, making it faster and easier for the developer. Python is probably the first language a full stack web developer would learn, as it is generally considered to be the easiest coding language.

What is a Web Framework?

Having a web framework makes creating a web program a much easier and quicker process. In the Django vs. Flask debate, they are both web frameworks, so it is important to have a background in this regard. Web framework is a key part of website design, as it is basically a template for your website. 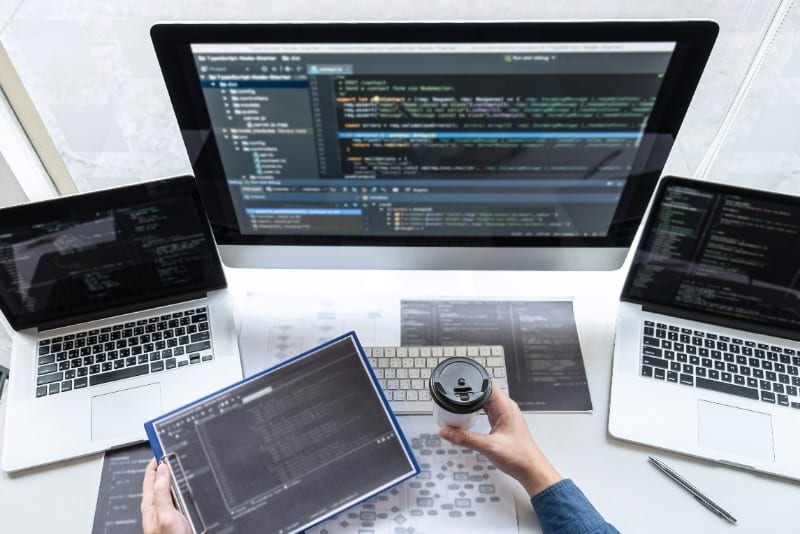 Django is an open source form of web framework that is used in writing code with python. Django has all the tools that a full stack web developer would need for them to complete their tasks. Python Django is designed to be user friendly, but has a relatively high learning curve, because it gives you a massive amount of tools to use. It allows users to make websites and applications very quickly. This is because it gives you the tools you need when developing a web application. Python Django can also work with pretty much any format of website, making it a versatile web framework. This is important for full stack developers, as they work on many different kinds of projects. Django is also one of the most secure web frameworks out there. It has strong security tools, and makes it difficult to obtain website data from unverified sources.

Django also makes it easy for the code to be updated continuously. This means that you can continually update your website, without having to go back and change old code every time. Python Django web framework is user friendly, and helps to streamline the web development process. In Django vs. Flask, Django is used for a more streamlined application development process.

Python Flask is another form of web framework that is also used for web and application development. Python flask also gives you all the tools you need to construct a web application. Flask gives you more control over all aspects of your project’s code. It does not fill in things for you, meaning it may take longer to develop, but you have full control over all aspects of the project. Python Flask is considered to be very flexible, as it does not start out with much code. This means that you can customize the code more, and that there is less code to sift through when you are troubleshooting.

Flask is considered to be a microframework, which means it keeps the core database simple and uncluttered, and allows you to make more decisions based on the code. It is important for full stack web developers, as it gives them a lot of creative leeway when writing code. In Django vs. Flask, Flask is used for having complete control over the application’s development. 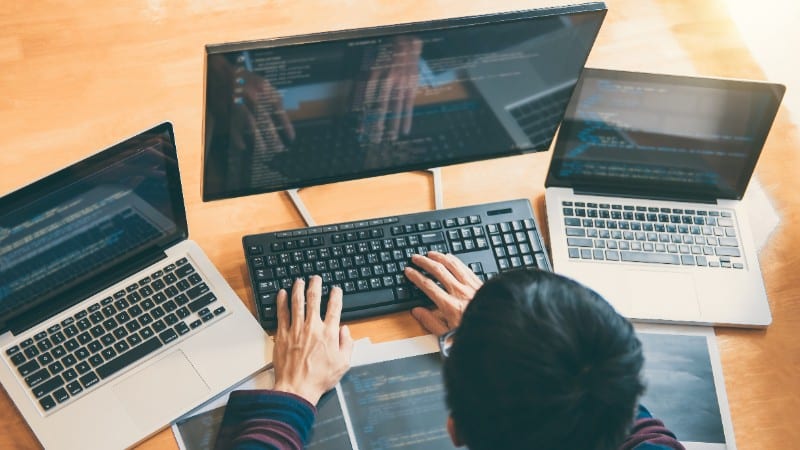 What Are the Uses of Django?

Python Django is a good choice when it comes to building a simple website or application. If you want to design a basic website, then Django is perfect for you. Since Django already comes with many tools needed to create a website, you do not need to waste time in editing those tools. Instead, you can devote more time to the ins and outs of your website, from style to content. This means less time dealing with the behind the scenes aspects of programming.

Django also has built-in security, which means you do not have to worry about common cyber threats. Python Django has a large community of users, giving you access to tons of tips and tricks for free, from people who are already adept at utilizing it.

You should not utilize Django if you have a massive website or application that goes beyond a single codebase. Or if you are constructing a basic application that does not require a database, as Django has too many tools built into it already. And the main reason one would not want to utilize Django is if they want complete control over their web application, and do not want things already filled in for them. Web developers can use Django to create projects faster, and also have an easier time troubleshooting them. Since Django already has a lot of features built in, developers can spend more time customizing their applications and less time dealing with the database code itself. They also have an easier time finding problems with the code, as the code will not repeat itself.

Websites such as Instagram and Spotify utilize Django, as they both have massive databases, and Django is better for websites with high traffic. 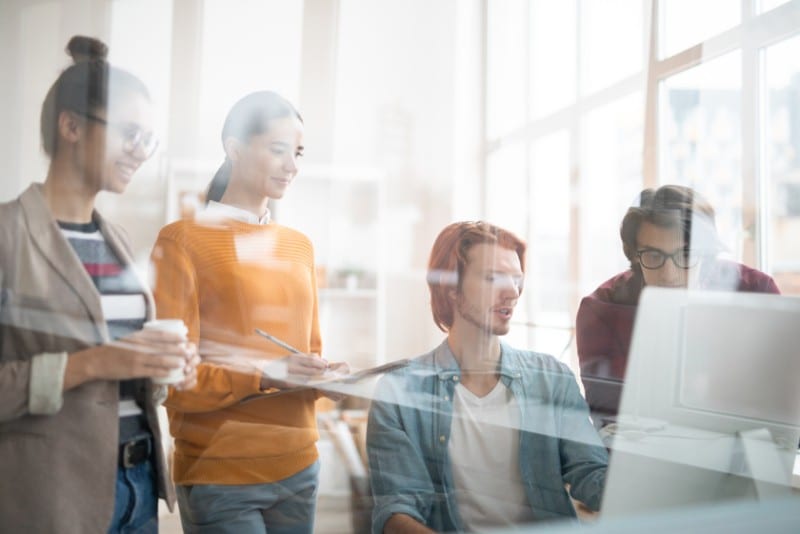 What Are the Uses of Flask?

Python Flask is better to use if you want complete control over all aspects of your web application. Flask still gives you some tools to use, but gives you more control in building the code for your application. In the Django vs. Flask debate, Flask gives you more learning opportunities, because it requires more creative input from your end. Where python Django provides object relational mapping, python Flask does not. This means Flask should be used for smaller sized projects, such as a blog site. Flask also has no restrictions over what can be put into it, giving you more control over your application.

Django has a much larger community than Flask does, which means it can be more difficult to find answers to questions you might have about Flask.  Flask allows for the rapid construction of smaller applications, and makes creating prototypes much easier. Web developers can use python Flask to have total control over a project, and get a complete hands on experience in constructing a web application. Sites like Netflix and Reddit were developed with Flask, as they have more control over the individual components of their websites.

This term was previously mentioned, but not defined. A full stack web developer is someone who can create both server and client software. This simply means that you are adept in using all forms of code, and can use that in programming different databases, servers, or browsers. This is very important when it comes to website design.

A full stack web developer is familiar with the Django vs. Flask debate, as they have to know how to use both of those programs. They understand how both programs can help them achieve their goals, and when they should choose one program over another. Web developers need to learn the differences between Django and Flask in determining when each program should be used. This is an important step in creating the web application you have in your mind.

n Django vs. Flask, both programs have different tools that will help you in completing your application development. This is why being a full stack web developer can be difficult, as you need to know a great deal of programs, and then choose the right one for the project. This can be tricky, as programs can overlap with one another in various ways. 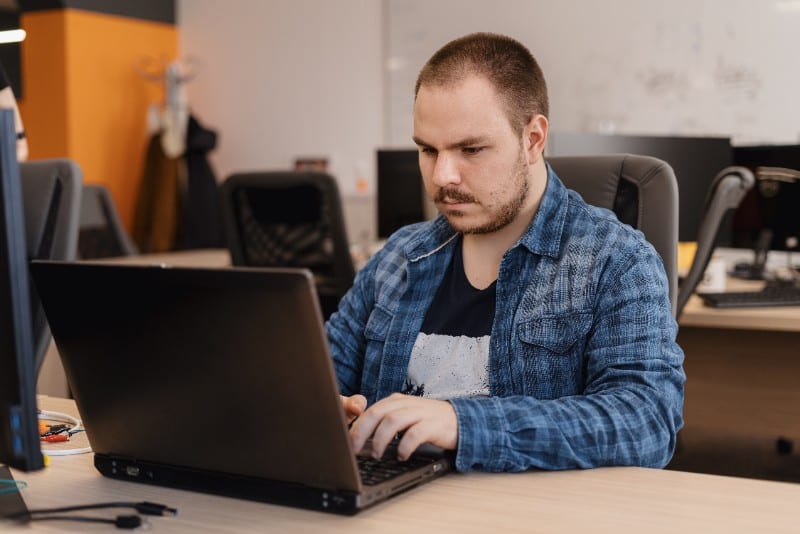