In 2015, someone created a Reddit account in order to share their voice with the huge online community. They posted, commented, and shared hoping to receive upvotes or downvotes but their posts never received any attention. Finally, after three years, they decided that this wasn’t just a coincidence. After some research, they realized that they had been shadowbanned by Reddit. If you have had a similar experience to this Reddit user, you may need to ask the question, “am I shadowbanned?” This article is meant to help you understand what shadowbanning is and what to do if your account is accidentally targeted. 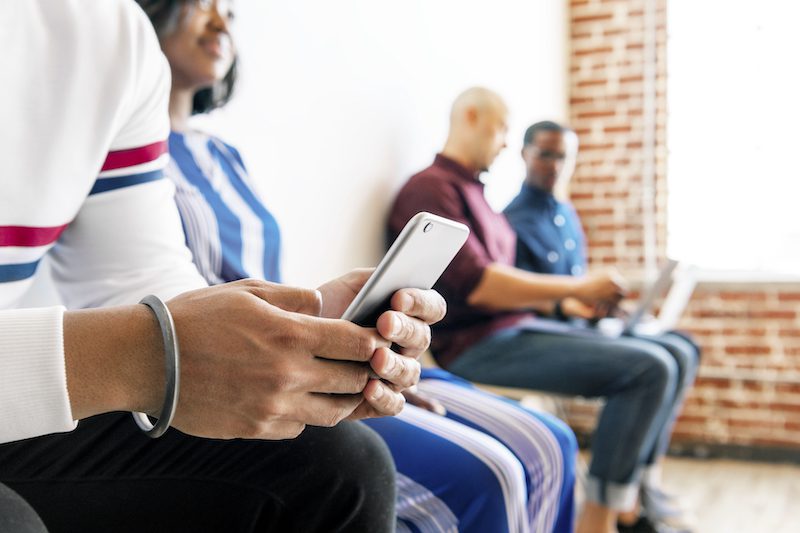 What Does it Mean to be Shadowbanned?

Social media platforms are full of spammers and bots that are out to get you. Whether they are after your personal information or are trying to get you to buy something, they are there. Platforms, for the sake of their users, have taken steps to protect their users’ information from such spammers. But it would be near impossible, and cost a lot of money, to hire individual people to comb through every account.

Instead, platforms have developed bots of their own to detect such spammers. When a spammer has been detected, the bot will shadowban the account. What this means exactly is that the posts and interactions of the spammer will be invisible to other users. However, to the spammer, nothing will have changed other than the fact that no one is interacting with their account. The purpose of this is to remove the spammer from interacting with users without alerting the spammer of their ban. The longer they go without knowing they are banned, the longer the platform’s users can go without another spammer.

There have been many cases, however, of accounts not technically considered “spam accounts” being banned. Some users, for whatever reason, find their accounts not receiving likes, shares, or comments. After some time, similar to the aforementioned Reddit user, they realize it is not a coincidence and start asking “am I shadowbanned?”

Over the past few years, a great debate has raged over the censorship of groups and opinions on social media. In 2018, many prominent politicians in the United States claimed that Twitter was shadowbanning them as their accounts were not showing up in the suggested search bar. Twitter came under harsh fire from political parties and, as a result, clarified their policy on shadowbanning and their ranking system.

In 2021, TikTok came under fire for supposedly shadowbanning and censoring marginalized groups. Clearly, what was meant to be an effort to enhance the social media experience for users has also resulted in a censorship issue. Some believe that the censorship is intentional, while some believe and claim that it is not.

The question is, is it ethical? That might be a bit more difficult to answer, largely because it is subjective. Is it ok for these social media platforms that act as stages for the public to potentially censor voices? Although they are stages for the public, they are technically private (not public) corporations and are entitled to enforce their codes of conduct. Maybe it should be important, regardless of opinion, to remember that in most cases, it is bots and algorithms, not people, who do the banning. If you are wondering now if you are shadowbanned, perhaps you have your own opinion. But this article will not attempt to answer that question. Instead, we tell you what to do if you believe you are shadowbanned. 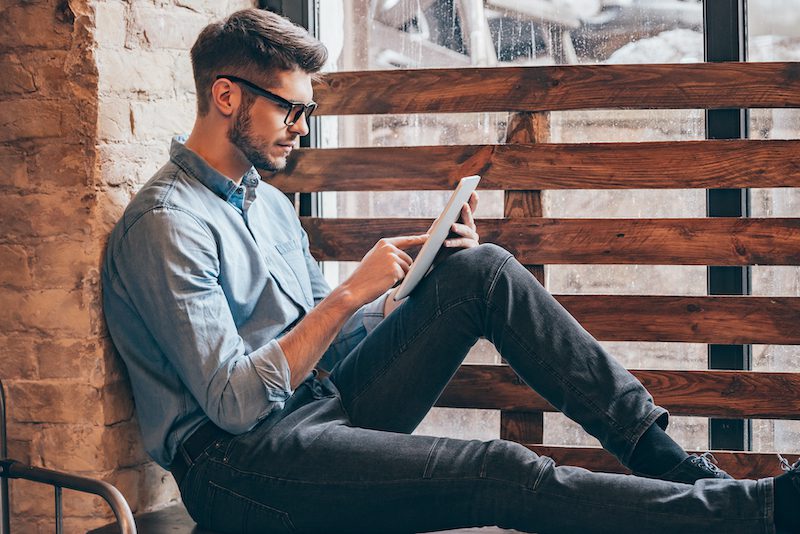 How Do I Avoid Being Shadowbanned?

The chances of you getting banned on social media largely depend on what platform you are using and your conduct on said platform. If you are using your account to post spam or send spam messages to other users, you will likely get banned. In addition, if your account is reported repeatedly for spam, then your chances of being banned go up significantly. Here are some points to remember to avoid getting banned:

How to Conduct a Shadowban Check

The most difficult part of a shadowban is knowing whether or not you are banned at all. It can be difficult to discern at first, but once you feel confident you can answer “yes” to your original question, “am I shadowbanned”, the rest of the process isn’t that difficult. Before anything else, you should conduct a shadowban check. This is a series of steps to confirm that you have been banned.

The first step in a shadowban check is to identify the ban itself. This is probably the most difficult part of the process. To identify the ban requires awareness of the amount of interaction your account typically gets. If you notice the amount of likes and comments your posts get suddenly drop, that could be your first sign. If you notice this, it is important to go back and review your account for spam-like behavior. it is possible you have been banned if you notice any of these signs.

Get a 3rd Party Perspective

Since the point of being shadowbanned is to remove the spammer’s activity from the platform community’s view, it is helpful to get the perspective of another platform user. If you have a friend, family member, or coworker who uses the same platform, ask them to look up your account. If they are unable to find your account, see your comments or recent posts, then you may have been banned. There are also 3rd party shadowban checkers that are available if you are still asking “am I shadowbanned?” Each social media site has a checker, some of which are used more than others. Twitter’s 3rd party checker, for example, is often used more than Pinterests’. For most of these checkers, it is as simple as inputting a username and hitting a button.

If you are fairly certain that you are shadowbanned, and you feel that it is a mistake (i.e. you are not an intentional spammer), the next step is to contact the platform directly. By doing so you might be able to get more information on why, if at all, your account has been banned. 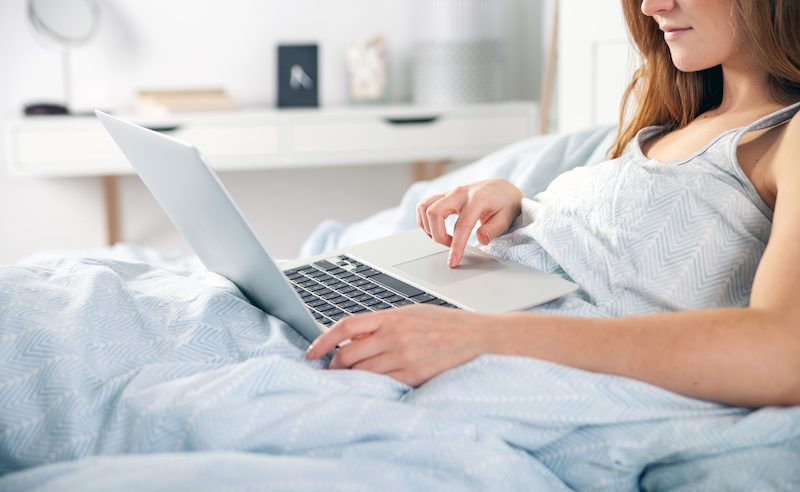 What to Do in Case of a Shadowban

The process of lifting a shadowban depends on the platform. In every case, however, the first step is to pick up where you left off with the help center when conducting the ban check. If the platform thought your account was a bot, perhaps reaching out and proving you are a human will convince them to reactivate your account. Maybe you might learn that your posting habits or online behavior violated the platform’s standards. It is no guarantee that the help center will reactivate your account. But it sure can’t hurt to try.

Some of the big contributors to the bans include using software that violates user agreements. Auto-posting software and buying followers from other sites can quickly get your account banned. Using banned hashtags can also get you one step closer to being banned. If you think you are shadowbanned, go through old posts and delete some hashtags, and try switching to a personal account if you are using a business account. As mentioned previously, avoid being spammy. Go back and delete some posts or comments that seem repetitive and avoid liking, commenting, and posting frequently in a short amount of time. 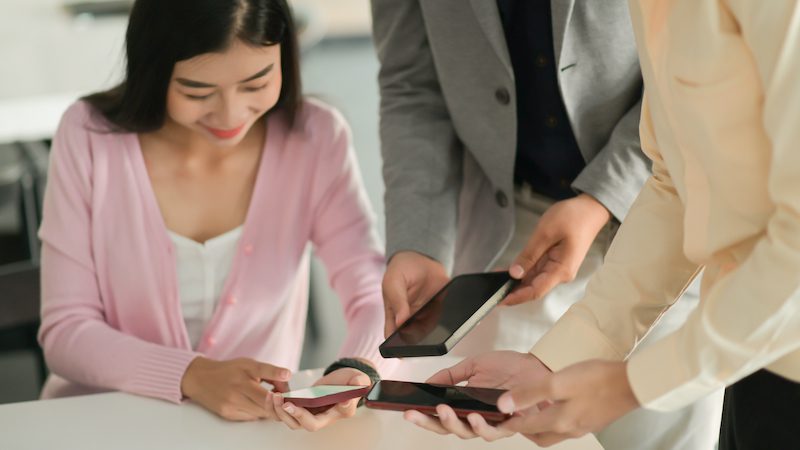 If you find that your posts are suddenly not receiving any likes, comments, or shares, you might be shadowbanned. Wondering whether or not you are shadowbanned can cause some stress and anxiety. It is important to remember, however, that it is not the end of the world. Conducting a ban check with the help of a 3rd party and contacting the platform’s help center should be your first step. Once you are sure that you have been banned, review the platform’s community guidelines. Double-check your activity to see if you have violated any guidelines and take corrective action. Delete any spam-like content, banned hashtags, and keep an eye on your account. In most cases it will be reactivated in a few weeks, though you may need the help center to reactivate it for you.