If you have a creative idea, Kickstarter is a great way to bring it to life. To get people to back you up, you need to have clear goals on how to achieve your vision. In order to create a great campaign, you need to know the Kickstarter best practices.

Kickstarter is a crowdfunding platform that allows people to share their creative ideas with others who will fund to watch the idea become reality. A crowdfunding platform is a place where an individual can raise money from a variety of people in small amounts. Another example of a crowdfunding platform is GoFundMe. People don’t just give money to anyone. They have to believe in what you are trying to achieve. Typically, backers (the people funding you) will gain rewards from their funding. These are typically limited experiences or inside looks at what is going on. 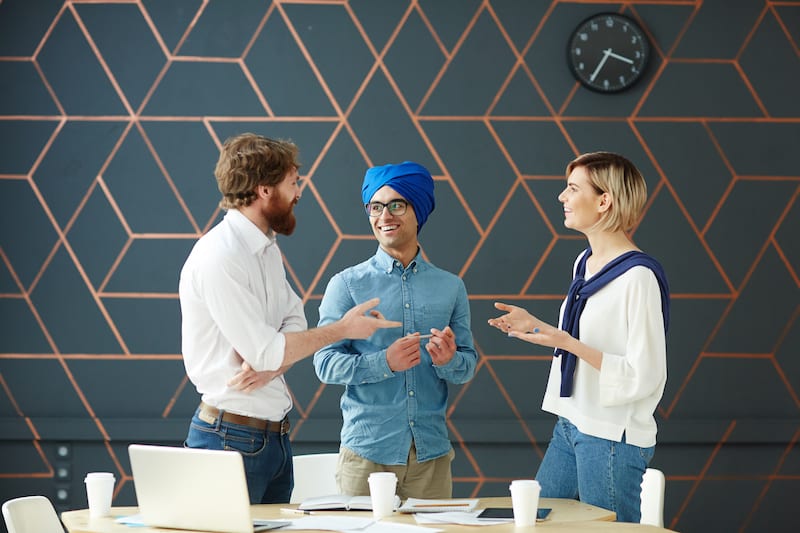 Before you start sharing your amazing product or idea, here are some helpful tips to keep in mind.

Remember Why People Are Giving You Money

Although it might be easy to forget, Kickstarter is not a store where backers are pre-ordering your project. They are instead supporting your idea because they believe in you. Even though your backing community might receive a reward for funding you, they are the ones allowing you to pursue your creative idea.

Write for the people that skim. If you are writing anything online, it is inevitable that people won’t read every word you have written about your idea. That is why it is important to break up content. You can start breaking up content with different size fonts, pictures, and paragraph spaces. This will allow the reader to actually process what they are reading.

You don’t need 20 rewards to have a good Kickstarter campaign. Each project differs on what rewards to offer the people backing you up. Be straightforward with this community and tell them exactly what they are going to get. If they get to customize your product, let them know. Being open with this community will help your ideas shine.

Make your project very visual so people can get a better idea about what they will be funding. Adding in videos, high quality photographs, and even links to your website can go a long way. You can also be creative in how you start conversation around your idea. Energizing the audience before your launch is a great tip for Kickstarter campaigns.

Appeal to people’s emotions by adding in some of your personality. Use ethos, pathos, and logos to persuade your audience that your project is worthy of their money. Your personality and excitement will help your Kickstarter project.

How to Run a Successful Kickstarter Campaign

All successful Kickstarter campaigns have similar things in common, so here are some great ways to make yours work.

This is a vital step for a campaign to be successful. If you don’t know how much funding or how many days you want your campaign to last, you are going in blind. By doing research you can see if there are similar ideas out there, how much others are raising, and how much funding you will need. Remember that Kickstarter is all or nothing. If you set your goal too high, you won’t receive any money. If you set the goal too low though, will you be able to create your idea? 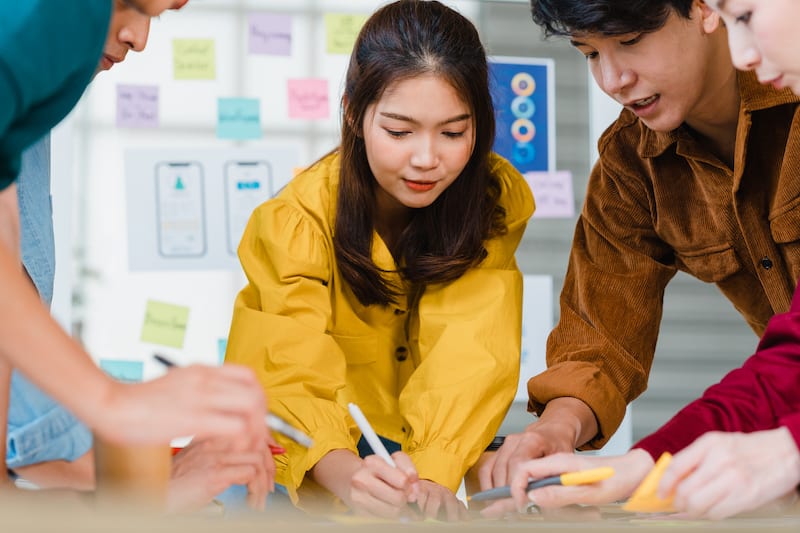 Having a landing spot for the community that believes in you is a must for your campaign. This is where you can add in details about your idea. By creating a website, you will also be able to track who is coming on and viewing your website. From there, you might find similarities between the people backing your idea and be able to target them through ads. Using Google Analytics could help you be able to get in front of an audience that will support you. Creating a website also allows for people to search and be able to find you. It helps establish your credibility as a creator.

Be Active on Social Media

You are creating a brand around yourself and your idea. Share that with others! Social media is a way that others can find out about you. They may have never heard of Kickstarter but love your idea and want to help. That is the power of social media. It can build attention around an idea and help it spread.

Although you might think email marketing is “old school” it is still a highly effective way to build contacts. You can use email marketing for a variety of things. This can be anywhere from introducing your idea, to having people sign up for a newsletter, to updating others on what phase your idea is currently on. Everyone knows someone, so start building contacts and conversation through email marketing. Building an email list on your website isn’t difficult either. Starting a conversation about your idea is how you can get people ordering your product.

If you aren’t into email marketing, using SEO (search engine optimization) could help your idea be discovered. This is an organic way to reach audiences that are searching for keywords your website has. SEO isn’t just about keywords, but also user-friendliness and how your website operates. Increasing how your website shows up on search engine result pages will gain more traction to your Kickstarter campaign. 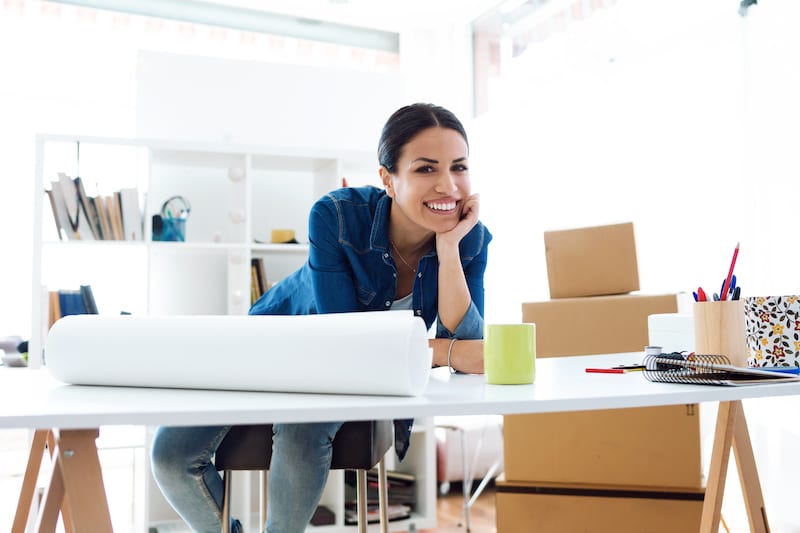 Make sure you have awareness and landing pages set up for your creative idea. The first day your campaign is launched is an important one. On this day, Kickstarter puts tags on your project to help gain more viewers. It goes on to recommended users and other places that allow your campaign to be viewed more easily. These first days are crucial.

Having a good video for your Kickstarter campaign is key. If you have a bad video, people will scroll right past your idea. Engage others through a video that captures attention. Show your idea in a new and creative way. If that’s not you, then capture the audience in a story. Treat this video like the start of a conversation. A good timeframe to shoot for your video is two minutes or under. After that, people start losing interest. There is an obvious connection between quality videos and successful campaigns.

The community that backs you up wants to know how you are progressing. You can do this by sending out a monthly newsletter or updating your fans and backers through the Kickstarter platform itself.

People appreciate honesty, especially when money is involved. Don’t mislead others about what you are hoping to achieve or lie about your project updates. People are human and they understand roadblocks. If you are trying to create a gadget, Kickstarter requires a prototype of what the product would like in order to show the backers. If Kickstarts suspects that the image is misleading, it could lead to your project being suspended.

Unlike some other crowdfunding campaigns, you can’t fundraise to donate to a nonprofit. That doesn’t mean that nonprofits can’t be on Kickstarter though. If you are a nonprofit with an idea, you can create a project. There has to be an end goal where you have created something.

Be Active on Kickstarter

If you are an active member, you can’t build relationships with other creators. Remember that they aren’t your competition. You can help each other out instead by introducing each other to your audience. By cross-promoting with other Kickstarters with similar audiences, you can find an effective way to receive funding for your campaign.

When creating a campaign, you need to remember that people aren’t investing 100% in your idea, but they are investing in you. Follow these simple steps:

Creating a campaign is all about how you prepare. Research and make sure your goals are obtainable for how long you set your campaign to last. Along with that, make sure you create attention around your idea through various social platforms. There are other forms of communication that will help your idea be a hit as well. Allow your creative idea to come to life by doing the little things and get big rewards. 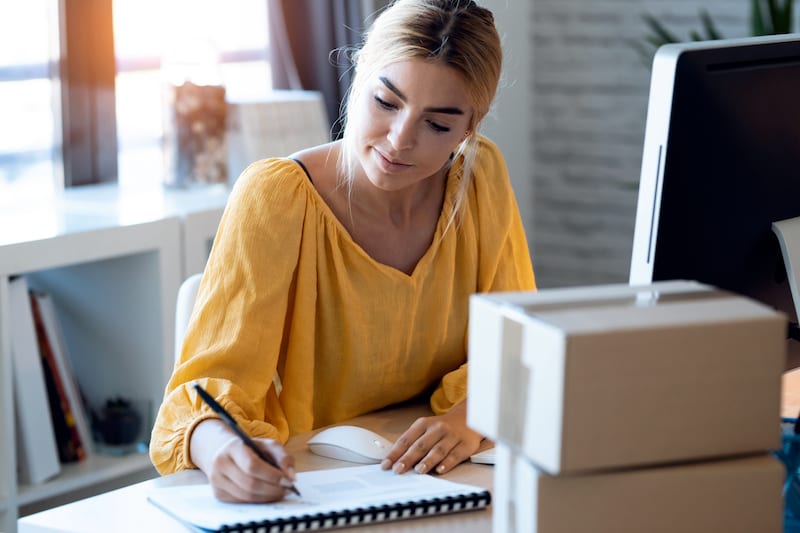 Are You Ready to Start Your Campaign?

SEO Design Chicago has the tools to help your Kickstarter campaign be successful. If you are looking for some help on how to get the word out or you want to take courses on how to do this yourself, we have it all. A team of strategic experts are here to help your creative project happen. Invest in yourself and your ideas by allowing us to guide you there.

How to Add a Link to an Instagram Story