The history of email marketing is not likely to be something many have thought about. This is understandable. In today’s digital landscape, our inboxes are oftentimes flooded with email marketing. Sometimes when something is so heavily present in our daily lives, we can lose interest in its origin. With the multipurpose dimensions of email today, it can feel challenging, if not impossible to truly disconnect from our emails.

How did emailing take the world by storm? And when did it become the medium for so many different types of communications? Technology holds such an important aspect in our daily lives today. Here’s a fun fact for you: in 2018, there were approximately 3.8 billion active email addresses across the world. In many ways, technological advancements such as emailing have both benefited and hindered our lives. Therefore, it is vital that we reflect upon its development in order to understand its impact. This starts by asking questions like those above.

In this article, we will discuss the history of emailing and its journey throughout time. This will paint a better picture of how email marketing is essential to the history of marketing timeline. Ultimately, this will help you become a more educated email user and considerate email communicator.

Precursor to The “Email”

Formal emailing as we know it today has not always been around. However, emailing has fundamentally existed in simpler manifestations throughout history.

Early forms of email are a small advance to a process that we know these days as a file directory. To communicate via file directory, one user would put a message in another’s file directory at a location where they could see it when they logged on. It was as simple as that – kind of like leaving a note on someone’s desk. Most likely, the first technology system that used a file directory was MAILBOX, used at the Massachusetts Institute of Technology in 1965. A similar program utilizing a file directory was called SNDMSG.

In 1971, American computer programmer, Ray Tomlinson, made history by sending the first email. Tomlinson was the one who first developed the system that utilized the @ symbol in order to send messages between computers. This was possible to do because the @ symbol served the purpose of distinguishing between internet addresses. According to history, Ray Tomlinson sent the first ever email message to himself in 1971. Since then, Ray has said he does not remember the content of the actual message, but many believe that it read something like, “QWERTYIOP”.

Why did Ray Tomlinson create the email? The purpose of email is connected to the fundamental purpose of the internet itself – communicating with other computers. ARPANET (the predecessor to the Internet), was created by the U.S. Defense Department. ARPANET allowed computers that shared a network to communicate amongst one another via packet switching. Email arose as a means to send and deliver messages between computers utilizing this technological framework. Essentially, computer users needed a way to put a letter in an envelope and send it. To accomplish this, it was necessary to have a means that indicated to whom letters should go in a manner that electronic “post offices” would understand.

Tomlinson created the email in 1972 in order to fulfill these missing puzzle pieces in the endeavor to communicate between connected computers. Not long after, Larry Roberts came along to extend Tomlinson’s development. Roberts created an email management database that allowed users to select, forward, and respond to emails.

As a digital marketer, you probably already know about email blasts. They are a crucial component to the overall history of email marketing. These are incredibly important strategies when promoting and advertising products or services. Email blasts are efficient ways to reach a large audience. When done effectively, they can persuade a customer to make a purchase. Understanding how email blasts came to be is helpful for any email user, but especially for digital marketers like you.

Just a few years after Tomlinson, Gary Thuerk, a marketing manager at Digital Equipment Corporation, sent an email to 400 users. This occurred over ARPANET, with the intention to advertise DEC machines. Thuerk saw the opportunity that email provided to reach large audiences and took a chance on it. What was the result? About $13 million in sales.

Personal, one-on-one communication was an important catalyst behind the creation of email. After email was introduced, technology continued to evolve and many began to use electronic communications more regularly in their lives. Initial email messaging was done between two individuals. But using the technology created by Larry Roberts, it could be utilized between multiple users. Email messaging soon became a way to reach many people in a workplace or social circle.

Not only did the capability of mass messaging impact people’s reach of communication, it opened the door for other possibilities. The potential to use email as a means for anything other than pure communication had not been much of a thought. Therefore, the first email blast was a pivotal moment in the history of email and marketing across the world. Gary Thuerk’s creation of the email blast exemplified the capability of email technology and inspired others to consider email’s potential impact on businesses. It was not long after Thuerk that many business people followed his lead, realizing that they could use this electronic platform for advertising purposes. Today, the email blast is one of the most efficient and important strategies to internet marketing.

How could we discuss the history of email marketing without mentioning spam? At first, many thought that spam referred to “spiced ham”, but the name was actually picked up from a Monty Python sketch.

In 1988, “spam” entered the Oxford Dictionary. It referred to unwanted, junk mail. It was inspired by recipients of email blasts who were frustrated with receiving emails that they felt were irrelevant or did not spark very much interest. The emergence of spam is incredibly important to consider as a digital marketer. If there is one thing you want to avoid, it is creating an email campaign that will inspire feelings of spam. When spam came into email culture, there was a clear example of how email marketing can be effective and ineffective.

Imagining our current world without the Internet is a daunting task. The emergence of the Internet opened up so many doors for everyday people. It completely expanded the possibilities across many sectors and connected people all over the world. In the initial years of the Internet, email and email discussion groups were actually its main uses. There were hundreds of email support groups that became known as USENET.

Additionally, the appearance of The World Wide Web (as a result of the Internet’s birth), presented a means for everyday people to access email. Providers such as Yahoo and Hotmail supplied internet users with friendly interfaces for email, usually without charge. Now that email was affordable and accessible, everyone hopped on the band wagon. Not only did millions of people create email addresses, but hundreds of millions became reachable via email. Without this occurrence, the history of email marketing would have stagnated long ago.

The Importance of Email Marketing Today

Throughout the history of email marketing, we have noticed that emails became so much more than just messages. From simple texts, they have translated to complex and detailed communications. They are currently backed by many strategies and expert knowledge. In fact, email marketing has received so much attention that it currently receives the highest return on investment for companies. On average, it returns about $38 for every $1 spent.

How did email marketing become so prevalent in the marketing arena? This is because in today’s world we pay attention to so much more than just email content. There is pre-header text, word placement, visual organization, hero images, gifs, and external linking options. These are all components of emails that can aid any email marketing campaign. Email technology has evolved so much over time that there are so many ways that marketers can use it to accomplish their goals.

Email Marketing Will Continue to Grow

Not only should this article discuss the history of email marketing, but it also should speak to its potential. As we have seen throughout this piece, as email technology grew and advanced over time, so did email marketing. Even with the boom of social media, email marketing has continued to remain prevalent. Marketing professionals have interconnected channels of communication into their strategy. Today, social media platforms support email marketing campaigns and vice versa. The combination of all these forms of media has made marketing more personalized and specific. And at the core, all this history and development is the ability for marketers to more easily communicate with their target audience. 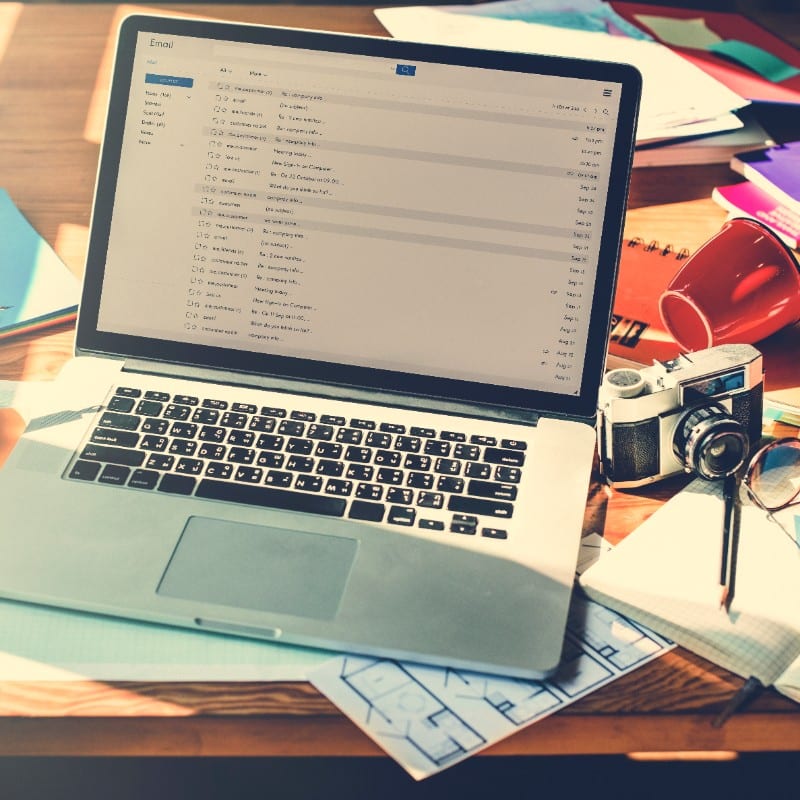 Do I Need to Send an Email Newsletter?

How Do I Write a Good Subject Line?