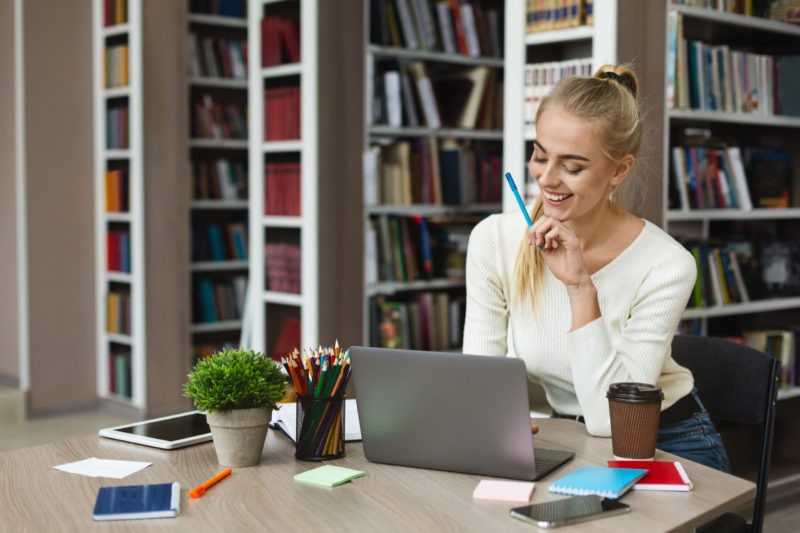 Some of us can decidedly say 2020 was not our year. Shopify, on the other hand, says differently. As of April 23, 2020  Shopify reportedly became the second most valuable company in Canada. With new ecommerce websites appearing every day, Shopify marketing experts believe the platform is more important than ever. This article will review some of the most common Shopify apps available today.

But before we get into Shopify marketing apps, let’s give Shopify newcomers some background.

Not to be confused with Spotify, a music streaming service, Shopify is an electronic commerce platform that allows businesses to start and grow online. The company evolved from an online snowboard company, which they consider the “first Shopify store,” to a platform for all online stores to congregate. Shopify boasts the success of businesses like Verve Coffee Roasters, Simple Sugars, and MakerGera, which all founded their online presence with Shopify.

Shopify has been particularly prominent in 2020 due to their significant increase in market value over the past year. Users particularly like the platform’s ability to give companies the chance to “compete against the behemoth in the room, Amazon.” (Even if the existence of the Shopify Amazon affiliate might complicate this competition.)

However, there’s a lot more to Shopify than its ecommerce platform. The presence of various Shopify extensions and applications can also aid companies in their marketing strategies. But how do you know if an app wins — or belongs in the bin?

Here are three reviews on major Shopify marketing apps to help you decide. 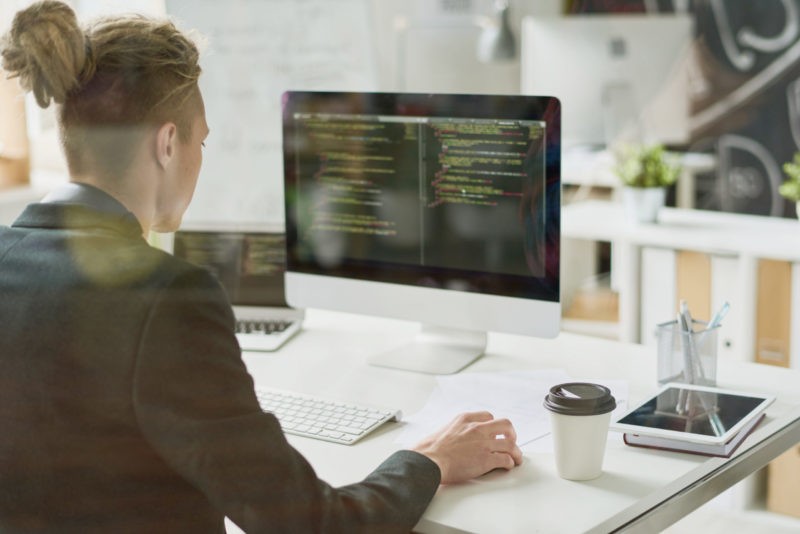 Kit is a free Shopify tool that acts as a digital marketing assistant. Its services include creating Facebook ads, discount codes, or marketing campaigns.

In this video tutorial, a Kit support team member walks through the app’s software, showing that users largely work with Kit through a messenger conversation. After asking which service you’d like to utilize, the products you’d like to sell, and your budget, Kit will start creating your ad or other desired service. After previewing and editing, you can confirm your final product.

The majority of Kit’s reviews are positive. On Shopify’s app store, Kit receives 4.3 stars out of 5. The blog Ecom Elites determined the negative reviews usually centered around “small tweaks” and personally gave the app 4.6 stars due to its compatibility with other Shopify and non-Shopify applications.

Many reviews claim that Kit has significantly boosted their sales. This success is likely due to the “custom look-alike audiences” that Kit creates for stores. It analyzes previous fans, visitors, and customers and targets other potential customers with similar traits. Without Kit, users have to manually enter audience diagnostics for their Facebook ads.

YouTuber Zain Merchant stressed that Kit will likely only be useful for brands who have established audiences. If your brand is still in its early stages, your demographic might not be well-established enough for Kit to create an accurate “look-alike” audience.

Zain Merchant and some other reviews mentioned that Kit isn’t very customizable. However, when receiving complaints about Kit’s pre-programmed choices, Kit developers often reply with solutions. The video tutorial, which shows that users can edit or customize their ads, also determines customizability should not be a huge problem. It’s possible that Kit has updated its services since Zain published their video in 2018.

It’s important to note that while Kit is free, its ad services (like all ad services) come at a price. For $30.99 or less, Kit spreads out your ads over a two-day duration, and for $31 or more, Kit budgets your ads accordingly over seven days.

Some Kit tools are free. For example, Kit does not need money to create discount codes for your site. However, if you’d like to market these discount codes, you will need to pay extra.

Win or bin? We say win — as long as you have an established audience.

Oberlo is a Shopify app specifically designed for “dropshipping” stores, where stores buy from third-party suppliers. These suppliers then ship the products directly to customers, and the store owners avoid handling the products themselves. (Not to be confused with a Shopify Amazon affiliate, “who makes sales commission from Amazon products.”)

With Oberlo, store owners can connect with third-party retailers, create the product descriptions and prices, and post the products to their site. Before using Oberlo, Shopify users have to change their settings to avoid automatic order fulfillment, as the order must be fulfilled by the supplier.

Oberlo has over 2000 reviews on Shopify’s app store, and the overwhelming majority are five stars. However, the most recent onslaught of reviews are negative — many of which cite Oberlo’s affiliation with AliExpress as a problem. However, dropshipping stores can avoid the long shipping, changing prices, and unreliable stock data associated with AliExpress by selecting retailers from “Oberlo Verified Suppliers.”

In terms of marketing, Oberlo makes it extremely easy to sell products from third-party suppliers. You can directly import products into your site and avoid the bulk of manual inventory work.

Furthermore, you can easily customize your captions to include SEO keywords and update the photos for better, more reliable shots. Take full advantage of these customizable features to distance yourself from the competition! In her book #GirlBoss, Nasty Gal Founder Sophia Amoruso explains that these photos were key to her online success.

“Thumbnail photos are prime real estate in e-commerce — they hook your customers in while simultaneously informing them about what they’re looking at. These thumbnails can’t be too messy or too bland. They must display the items clearly so that as prospective customers zoom quickly through the catalog page, they know what they’re looking at and also find it interesting… My thumbnail photos were the postage stamps to Nasty Gal’s success.”

Overall? Due to recent complaints of bugs and slow updates on inventory, we would recommend downloading Oberlo only if you’re starting your dropshipping experience. That way, you can use its free starter pack to get familiar with the industry. Other reviewers note that after some time and upscaling, Oberlo becomes too problematic for their needs. StoreHacks recommends Drophippo as an alternative.

Win for beginners; bin for anyone looking to grow and expand.

And for store owners looking to become a Shopify Amazon affiliate, Amazon Associate Connector might be the better app for you. 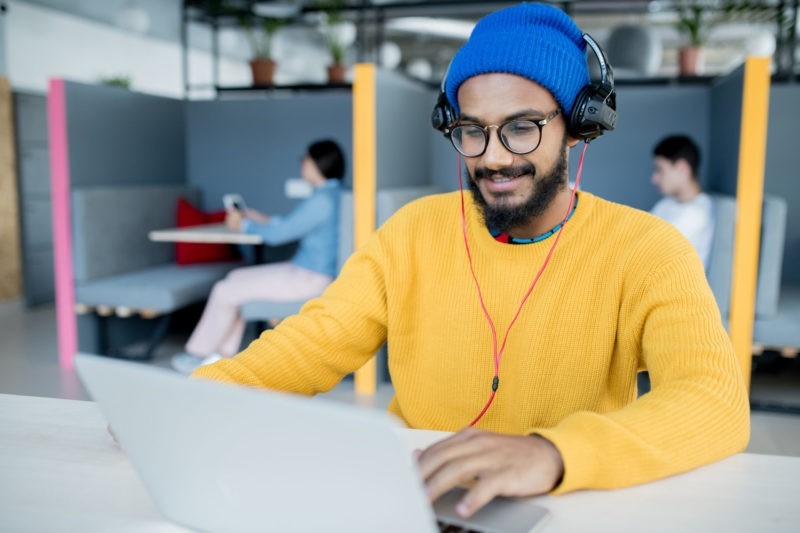 Emails are an extremely important element of marketing, so it would make sense why Shopify marketing experts would want their own in-site email app. CPO Craig Miller argues that the recently released Shopify Email is “the first email product designed for e-commerce.”

In November, the platform introduced the app to further consolidate Shopify products. The idea is to “create, run, and track email campaigns… inside Shopify Marketing.” It boasts sending emails from your domain name with minimal setup, providing customizable email templates, and measuring open and click-through rates.

Shopify Email started rolling out this past April and is currently free until October 1, 2020. After that date, the first 2500 emails sent will be free and the next 1000 will cost $1 USD.

Because Shopify Email is a fairly recent product, there aren’t many reviews in the Shopify app store, so the reviews are skewed negative. As of May 2020, the rating is 3.4 stars out of 50 reviews.

One-star reviewers mainly have problems with the fact that the app is still rolling out and isn’t available for all users yet. Other critics have asked for other extra features that Shopify Email currently doesn’t provide. A few of the most concerning reviews cite problems with timing.

While Shopify Email’s current status as a free application may be tempting, it gives off the impression that it’s still being updated and developed in response to feedback. Even Shopify itself emphasizes that it’s still working on additional features. Waiting until it’s more reliable and better established could avoid major scheduling or formatting issues.

While Mailchimp and Shopify had a notorious falling out a few years back, other third-party applications like Ominsend integrate well with Shopify and have rave reviews. Omnisend is free to install, and its Free Pack allows your company to send up to 15,000 emails a month.

Win or bin? We say bin for now. Stick with Omnisend instead.

(And if you’re struggling with how to start, here are some tips for effective email marketing!) 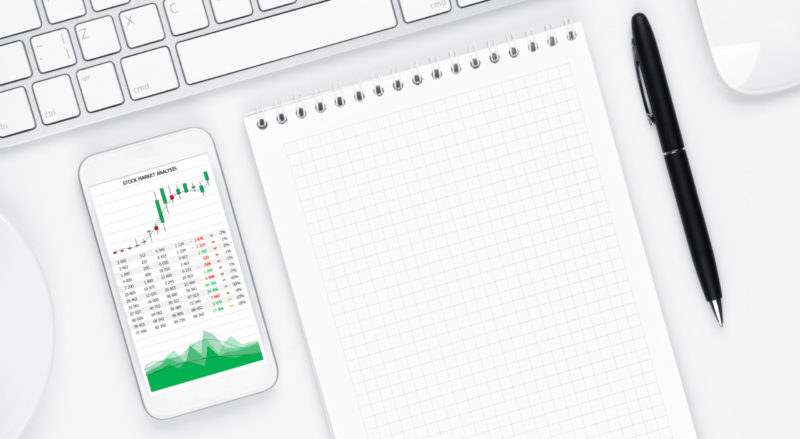 You don’t have to only rely on Shopify marketing apps to grow your business. Search engine optimization, organic social media strategies, and third-party services can optimize your chances of success.

As always, a clear brand image, style, mission statement, and audience demographic is essential for any new business. Ecommerce marketing is all about translating these elements to the digital screen. As Sophia Amoruso writes, “The DNA of a successful image, and brand, must be encrypted into its tiniest representation while gracefully telling the same story in its largest incarnation.”

So keep it simple, test out different strategies, and happy downloading! If you have time, you can also check out why SEO Design Chicago believes having Shopify marketing experts is essential for your business.