In this article, we would love to explain what Reddit is, how people use it, and everything in between. Picture this: you have a niche question that you cannot find an answer to anywhere. No matter how hard you look, you cannot seem to find a problem to your solution or information to satisfy your curiosity. Maybe you forgot that third step in making your favorite recipe or you want to know what it is like to be an artist for a living. Well, odds are, Reddit has the perfect solution to your problem! With 430 million active monthly users, your question is almost guaranteed to be answered by someone.

Reddit is a social news aggregation, which means that it draws information from multiple social network services. It is also a web content rating and discussion website. According to Reddit, they are “home to thousands of communities, endless conversation, and authentic human connection.”

Users have the ability to submit content such as links, text posts, images, and videos. In turn, other people have the ability to vote on the content that is posted with either an “up” or “down”. This means that they either agree or disagree with the post. Reddit is very different from other websites because posts are organized by subject into boards called “communities” or “subreddits”. These communities cover a wide variety of topics, including, but not limited to: politics, news, science, cooking, sports, pets, fitness, books, movies, video games, movies, and art. Submissions that tend to have more “up” votes appear towards the top of their categories because they are considered more relevant. If a post receives enough “up” votes, they appear at the top of their relevant page. Reddit has strict rules against harassment in these groups and occasionally has to close them when there is inappropriate behavior.

Reddit is a place for people to go to read content for just about anything. In fact, their stated goal is to grow a “family of millions of diverse people sharing the things they care about most.” It gives people to power to connect and communicate with one another about their passions, interests, and concerns. Unlike many other websites and social media platforms, Reddit is not centered around the idea of followers or friends. Rather, they focus solely on unification through communities. This is huge because they match people based on interest instead of pre-established relationships.

The website is commonly known for its open nature and diverse user community. Unlike many other websites and social media platforms, there is not a specific demographic for Reddit users. In other words, there is no specific age, gender, or race that Reddit caters to. Needless to say, Reddit generates a lot of conversation around a wide variety of topics. It is easy to see how there can be a very wide variety of topics that are covered on the website. The user diversity creates a more niche experience for people within their respective communities. It allows consumers to share niche information and experiences with vast communities that share similar ideas. Overall, Reddit is known for its extremely passionate user base. This is a huge draw to Reddit over similar websites.

Now that we know what Reddit’s community is like, it is time to crunch some numbers. You might be wondering exactly how many people post and reply on the website. Well, as we stated earlier, Reddit has 430 million active users, but how does that compare to similar websites? Reddit is different from other websites because it is the most popular website in its category. Their top competitors to date are Tumblr and Quora, which are both social news aggregators, just like Reddit. Daily, Reddit has more social media engagement and active daily users compared to their competitors. In the year 2020, Reddit was ranked the seventh most popular social media app within the United States. Daily, Reddit brings in 52 million active users. Additionally, there are more than 100,000 communities on Reddit. That’s a lot of people with ideas!

You’re probably wondering how to even begin using this website. Upon opening Reddit, new users face a plethora of information that might not quite make sense at first. The home page contains a collection of posts from a variety of popular subreddits. Participants must make an account and join subreddits of their interest to see the content that they ultimately want to see. After creating an account, users are automatically subscribed to the most popular subreddits. This is Reddit’s approach to get all of its users involved in active and relevant conversations. Users have the opportunity to unsubscribe from any subreddits they choose. They can also subscribe to any subreddits they like. This gives users the ability to tailor their experience to their own personal preferences.

Once users subscribe to the communities they have an interest in, they can begin to post. They have the opportunity to post text, GIFs, videos, and images. In addition to posting, users with accounts also have the ability to comment on others’ posts. Commenting happens to be one of Reddit’s strongest features. The comment section is where users can find a breadth of information about topics they are interested in. This is the primary way that users interact with one another on the website. Remember, users vote on both comments and posts to determine what is the most relevant to other viewers. The comments or posts with the highest amount of upvotes tend to appear at the top of subreddits.

As silly as this may sound, the site keeps score on all of your posts and comments. This is called Reddit karma and it is essentially your user score. Users can acquire “post karma” and “comment karma” and the combination of these two generates a score. Whenever your posts or comments get upvoted, you have the opportunity to gain karma points. Reddit displays the number of karma points you have on your profile as an indication of how trustworthy or reliable your posts are to others.

Reddit is a great place to advertise because it connects you with people that have an interest in what you are trying to sell. Many people use it as an advertising platform because of this. There is even an advertising subreddit within Reddit. In addition to connecting you with people who might be interested in your goods or services, Reddit also gives users the option to pay for the performance they want. For example, if you are looking to post an advertisement that you want a lot of people to see, you have the option to pay for a spot at the top of subreddits. This is extremely helpful in terms of creating your very own advertising platform and growing your business.

Reddit is one of the most popular websites when it comes to online communication forums. The wide variety of niche communities attract a diverse community of people that genuinely care. Not only can you discover something new or find the answer to many questions, but you can also share a good laugh with others. Reddit is one of those websites that ultimately brings people together and makes the world feel a little bit smaller. So, what are you waiting for? Make an account now and get to work!

The Difference between Boosted Posts Vs Ads 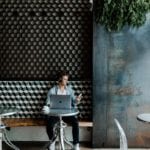