If this is the first time you have heard of a ghost advertisement, don’t fret. Ghost advertising is rising in popularity, but it isn’t as well known as other traditional marketing strategies. As the name suggests, a ghost ad shadows or “ghosts” a conventional ad. Basically, a ghost ad will tell you how effective an ad is. In other words, ghost advertising is a form of web analytics. If you’re new to web analytics, we recommend that you try Google’s free analytics service, Google Analytics. Google’s web analytics and ad management services can make using ghost ads easy. That being said, whether you are a beginner or a veteran when it comes to data analysis, you and your business can benefit from ghost advertisements. 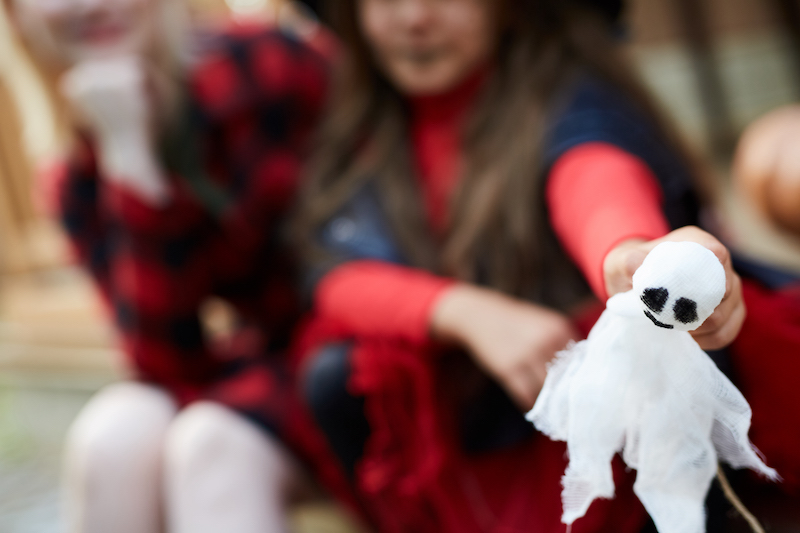 How A Ghost Advertisement Works

A ghost ad watches over a control group or a group that doesn’t change. In other words, group A sees an ad, and group B doesn’t. Next, it alerts an administrator whenever an ad could have been viewed. Administrators typically belong to an advertising agency. To clarify, a ghost ad predicts how likely an ad would be viewed. A ghost ad can also anticipate a user’s behavior in response to the ad. To summarize, a UTM source gathers analytic data on a specific ad. A/B testing examines how a user will react to an ad. Lastly, a ghost ad forecasts if someone will respond to an ad through data collection.

When conducting your own research, you’ll run into terms such as “ghost bids” and “ghost tests.” Ghosts ads, ghost bids, and ghost tests are related but shouldn’t be used interchangeably. To clarify, they’re the same subject matter but have different functions in ghost advertising. A ghost ad is the advertisement the control group encounters that measures ad effectiveness. A ghost bid is the control group. Finally, a ghost test is the process of showing a ghost ad to the control group. A ghost test is also called incrementality testing. To enumerate, ghosting advertising is the process of testing ad effectiveness. The test itself is a ghost test. The ad that is being tested is a ghost ad. Lastly, the control group is known as the ghost bid or the individuals who make a ghost bid.

How to Use A Ghost Ad

Ghost advertising is simple. Similar to A/B testing, there should be at least two groups. The first group will be the non-control group or the group that sees the new ad. The second group will be the control group or the group that won’t see the new ad. The ghost ad then tracks when the non-control group sees your ad. Next, an advertiser can make an offer based on the results of the ghost ad. Essentially, a ghost ad answers the question “Should I make an advertisement for [product or service] or not?”

Unfortunately, to use Google’s ghost advertising service, you must have a Google team already formulated. Furthermore, you must be approved for testing. However, if you have a Google team and your client (the advertiser) is approved, Google will handle everything. Thereafter, you’ll be given a collection of the acquired data. The testing process can range from one to four months. 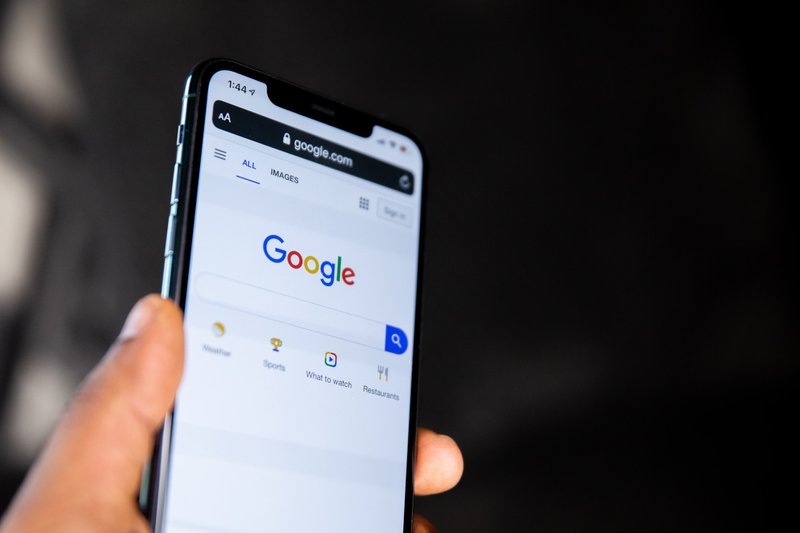 For those who don’t have the means to take advantage of ghost advertising through Google Ads, you have other options. Other advertising services outside of Google offer ghost advertising as a part of a package. That being said, ghost advertising is still an emerging marketing strategy. If you decide to complete the metrics by yourself, it’ll be difficult or almost impossible for web analytics beginners. We recommend everyone who is able tries ghost advertising as it’s cheaper and more effective than a PSA or a Placebo Test.

A traditional ghost ad is not as new user friendly as other advertising and marketing strategies. However, predicted ghost ads are a great alternative. As the name suggests, a predicted ghost ad is a ghost ad that gives you a prediction of who could have interacted with the ghost ad. It’s not as definite as a ghost ad, but it offers most of the benefits of traditional ghost advertising. Predicted ghosts ads are cheaper and can target audiences more effectively than other ad effectiveness strategies.

Another alternative to a ghost ad is a dark ad. A dark post is an unpublished post that still exists on your audience’s feeds. For example, if you ever saw a post for a pair of shoes from brand A on your feed but it’s not posted to brand A’s page, it’s because it’s a dark post. You can use dark ads on Instagram and Facebook.

A key difference between a ghost ad and a dark post is, unlike a traditional ghost ad, your audience can see your ad. Try to see a dark post as a ghost ad’s cousin. However, you’re still receiving targeted data based on how your audience responds to an ad. You can learn what ad performed the best and which audience responded the most to it. Furthermore, you can test the effectiveness of your ads without the commitment of an actual social media post. In other words, you don’t have to worry about promoting these posts as you do for your other permanent posts. Learn how to create your own dark posts here. 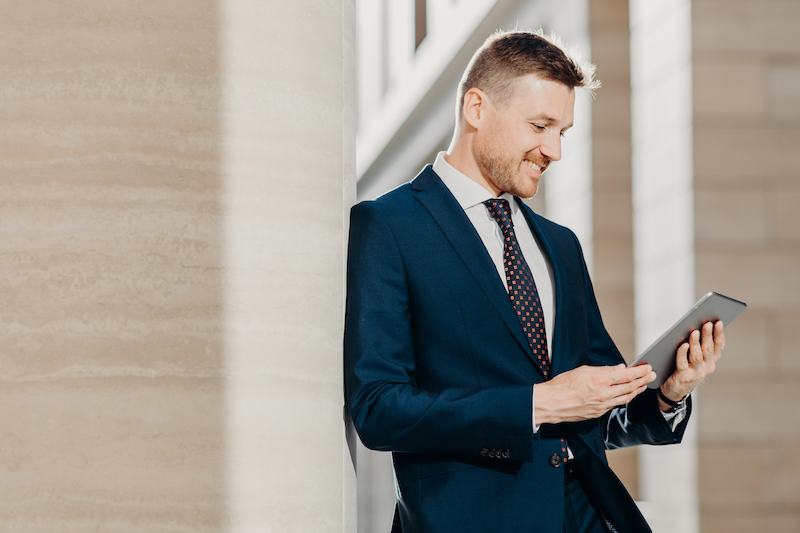 A ghost advertisement can give an advertiser additional security. It’s cheaper, but most importantly, a ghost ad tells an advertiser how their ad could perform. Taking advantage of ghost ads can save you time and money, especially if you’re a business that can’t afford to have an unsuccessful ad campaign.

Why You Should Invest

Unlike PSAs, ghost advertising can measure true ad effectiveness. In other words, the data is more direct and clear. Instead of surveying two different audience types, you receive true comparative data. It measures who was exposed to the ad and who could have been exposed to the ad. Comparatively, with PSAs, you must pay for impressions and it only examines people who were shown the target ad and people who are more likely to view PSAs. Ghosts ads are more cost-effective in the long run and deliver more authentic data.

Ghosts ad can collect more accurate, authentic, and useful data than other data collection strategies. If you’re aware of how your ad campaign is doing, you’re able to improve its effectiveness and audience reach. You can get beneficial information such as who could have seen the ad and did they convert.

To put it in perspective, let’s say we own a successful e-commerce business selling t-shirts. If the ghost ad tells us that our audience made a conversion or clicked on the ad, that means it’s likely they will behave similarly to a different ad. If our competitor received 2000 conversions on a BOGO sale ad, that means we should experience something similar for our BOGO sale ad. In contrast, if the ghost ad tells us that our competitor only received 500 conversions, we know it isn’t a good time to launch our advertising campaign.

In addition to being able to scale the success of an advertising campaign, ghost ads can help us strengthen an ad campaign. For example, if our competitor experienced a low impression and conversion rate for their ad, then we have an idea of what not to do.

Why Ghosts Ads Are Competitive

Ghosts ads can give you a competitive edge. Whether you’re an advertiser or you are selling ad space, you’ll know how an ad will perform. As an advertiser, you can see how your ad will perform before you publish it. As a third-party selling ad space, you’ve more bargaining power when selecting ads to place on your website. Most importantly, ghosts ads aren’t as popular as other ad effectiveness strategies. In other words, you have a competitive advantage over your competitors. Want to know more about ghost ads and how they can fit into your marketing strategy? SEO Design Chicago offers various marketing, SEO, and web analytic services that can help you make the most out of your business. Visit us at seodesignchicago.com and schedule a consultation with us today.

How to Use Snapchat Geofilters

How You Can Succeed in App Development