When you think of subliminal advertising, it does not generally render up a positive image. Subliminal messaging in advertising is a technique to influence your mind with messages that slip by your normal mental radar and into your subconscious. In marketing, this encourages people to purchase a brand’s products or services through visual or auditory stimuli.

Many countries have banned subliminal advertising due to its controversial nature because they believe it is deceptive. Some people consider subliminal advertisements unfair because the message is hidden and undetectable to the average viewer. In other words, it might lead them to purchase things that they do not need or are bad for them. In the United States, there is no explicit ban on subliminal messages by the government. Media and regulatory agencies deal with this issue and study its impact on the public. There are some rules on subliminals that state these messages cannot be misleading, but they can exist. Other countries like Great Britain and Australia have outright bans on subliminal advertising. This article will explain the use of subliminal advertising, the impact of this messaging, and examples of this practice throughout the years.

What Is a Subliminal Message?

A subliminal message is a message that aims to work through the forefront of your mind and place itself in your subconscious brain. Subliminal messaging is called “subliminal” because the message itself is not apparent and is meant to be hidden. Some examples of a subliminal message are incorporating a message into a song with high and low frequencies or singing something backward. Another example is placing a word or picture between a movie or video frames for a brief period. Hidden pictures or words in images or drawings are a form of subliminals. These messages do not always have to be harmful to the viewer, but they aim to be influential.

Why Does Subliminal Advertising Have a Bad Reputation?

In short, subliminal messaging made customers feel out of control and manipulated. People do not like the idea of subliminals because they do not want to feel duped into a purchase. When a viewer notices a subliminal ad, it can anger them. They may react this way because they know the company is banking on being too unobservant to figure it out. Even the Federal Communications Commission stated that subliminal marketing was “contrary to the public interest.” The public does not like this type of advertising, and neither does the agency that oversees national advertising, which contributes to subliminal advertising’s poor reputation.

Despite its poor reputation, no evidence proves the effectiveness of subliminal advertising to convince viewers to take actions they would not otherwise. There is no agreement among scientists that this advertising technique works. However, marketers still implement subliminals into their projects. There is some indication that subliminals work in the short term, which might be due to a placebo effect. Even though there is no substantial evidence that supports the power of subliminals, many people still believe in their effectiveness. 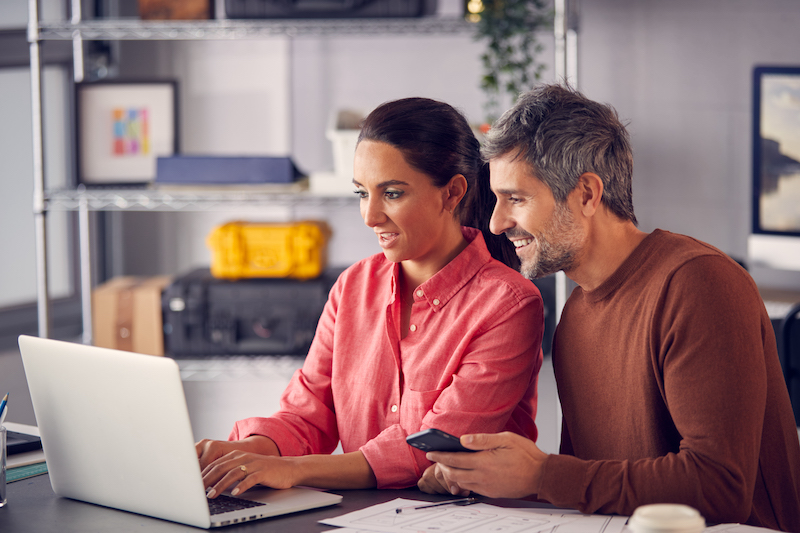 What Not to Do In Subliminal Advertising

As the name itself suggests, this strategy is not meant to be in your face. The danger of subliminal marketing is that people do not like to feel manipulated. Because of this, it is vital to keep the message quiet and subtle for it to work. If your business is caught trying to insert a secret message into an advertisement, that could lead to many controversies and harm your business. The point of this advertising is to avoid detection to convince people to purchase a good or service of their own volition.

Even though people don’t view subliminal advertising very favorably, businesses still incorporate it into their marketing and can do so in an acceptable way. Companies can utilize this type of advertising on TV and modern tools like social media on Instagram, Facebook, and Snapchat. There are three main types of subliminal messaging that advertisers use.

In this form of messaging, a message gets played at a much lower volume under the primary audio. The audio is loud enough that the brain can subconsciously pick up on it but not noticeable enough for listeners to understand what they hear fully. The purpose of this is that the lower audio is stored in people’s memories. This leads them to go back to it and absorb the information to take action.

Discussions revolve around subliminals regarding sub-visual messaging in media such as commercials, print, and other types of visual content marketing. This form of messaging presents itself with a logo or symbol that will either flash or be subtlety inserted into the visuals. Since they are not supposed to be obvious, these images are pretty small. Your conscious brain is not meant to pick up on them. Nonetheless, your brain still absorbs these small images and tucks them away for later use and memory. 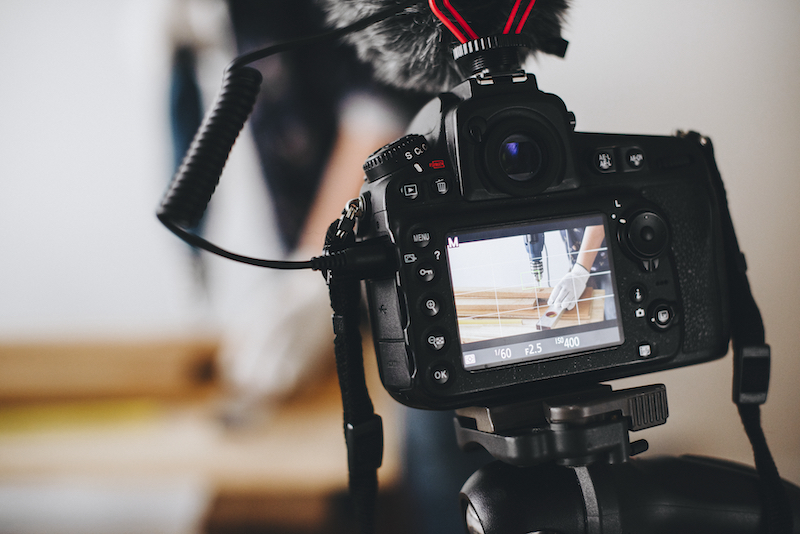 Are There Benefits to Subliminal Advertising?

Even though there is no conclusive study that proves the effectiveness of subliminal messages in marketing, they are still used to increase conversions. These messages are another marketing tool that can help viewers better understand the product or service at hand. Subliminal advertising has a bad reputation that revolves around the idea that marketers are trying to brainwash or manipulate consumers to buy products and maximize profits by any means necessary. When done correctly, this form of advertising can assist an idea or concept in an ad, logo, and other forms of media without seeming overbearing. The benefit of subliminal advertising, when used correctly, ethically, and legally, is that it can help push an idea more gently and give the consumer a better idea of the product or service.

Examples of Subliminals in Advertising Today

Some of the most popular and well-known companies today incorporate subliminal messages. What companies and users want from subliminal advertisements and logos is cleverness. The most effective advertising has a layer of wit. Consumers know that companies want them to purchase their goods; it is no secret. That is why consumers feel most compelled to buy something when they do not feel forced or convinced.

An example of practical subliminal messaging is the Amazon logo, where the arrow goes from the A to the Z. The meaning of this is that Amazon sells all sorts of products, ranging from A to Z. It is also important to note that this arrow forms a smile, which creates a positive, friendly association with the brand. Another company that has an effective subliminal is FedEx. They incorporate an arrow moving forward. The arrow on the logo is between the last E and X and is highlighted between the two letters, which makes sense because FedEx is a company that transports things. For them, the arrow going forward is an indicator of speed and progression. The purpose of the arrow drives forward Fedex’s best qualities and helps viewers understand it better. 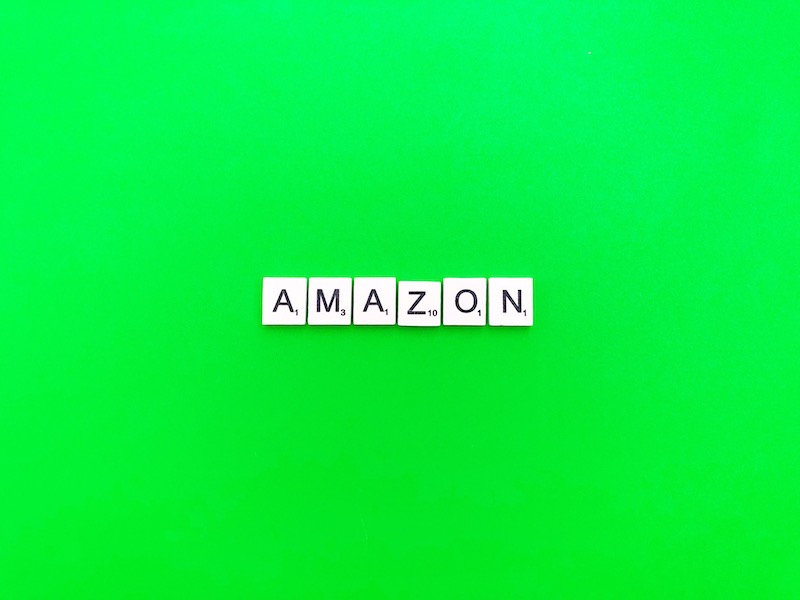 The chips and salsa brand Tostitos has a highly clever subliminal located between the two middle T’s. When you look at the logo, you will notice that the two T’s represent two people sharing a bowl of salsa. The bowl of salsa is in the middle. The dot on the “i” is a bowl of salsa, which sits on the base of the “i,” which represents the table. The two T’s are holding a tortilla chip together over their shared bowl of salsa. While this witty logo might not increase sales exponentially, it promotes an idea and shares what the company stands for. These companies know what their brand is about and use subliminals to help communicate their greatest strengths.

Subliminal messages are in all forms of advertisements everywhere we look today. They do not always have to be manipulative or deceptive and can help promote an image or push company values. These messages aim to communicate an idea to its viewers through clever words and design.

How to Promote DJ Businesses

What Platforms Use Behavioral Advertising?

How a Media Buying Agencies Can Help Your Business